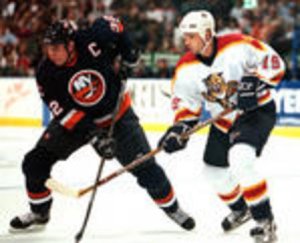 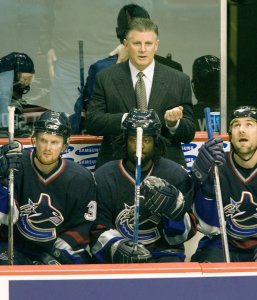 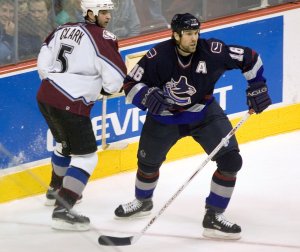 Some things just aren't meant to be and obviously, this was one of them

Throughout his career, Linden has been recognized as a respected leader on and off the ice. He was named captain of the Canucks at the age of 21, making him one of the youngest captains in league history. While captaining the Canucks, Linden led the team to within a game of winning the Stanley Cup in 1994. It was during this time that he began to be called Captain Canuck. In 1998 he was elected President of the National Hockey League Players' Association (NHLPA), a position he held for eight years. As President, he played an instrumental role in the 2004–05 NHL lockout, including taking a direct role in negotiations with league owners. Off the ice, Linden has taken an active role in charities, and was awarded the King Clancy Memorial Trophy for leadership on the ice and humanitarian contributions off the ice in 1997, as well as the NHL Foundation Player Award in 2008. After 19 seasons in the NHL, Linden retired on June 11, 2008, twenty years to the day after he was drafted into the NHL. Linden's jersey number 16 was retired by the Canucks on December 17, 2008, the second number retired by the team.

Trevor Linden's grandfather, Nick van der Linden, immigrated to Canada from the Netherlands in 1929. He ran a construction company until his son Lane, Trevor's father, replaced him in 1979. Trevor was born in Medicine Hat to Lane and Edna Linden. Linden was a skilled athlete; despite hockey being his top priority, he also participated in baseball, golf, volleyball, basketball, and speed skating. An excellent student in school, he was offered a scholarship to Princeton University to play for their hockey team; instead, Linden chose to stay in Medicine Hat and play with the local major junior team, the Medicine Hat Tigers of the WHL. Linden grew up watching the Tigers and idolized Lanny McDonald, who played in Medicine Hat before he joined the NHL.

FULL ARTICLE AT WIKIPEDIA.ORG
This article is licensed under the GNU Free Documentation License.
It uses material from the Wikipedia article "Trevor Linden."
Back to Article
/