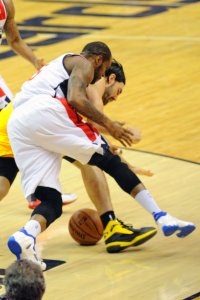 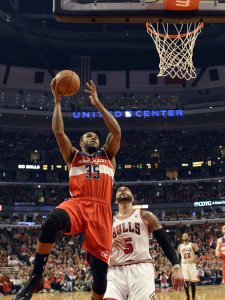 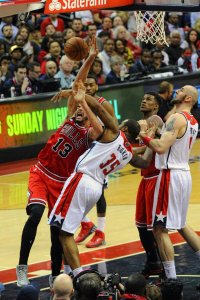 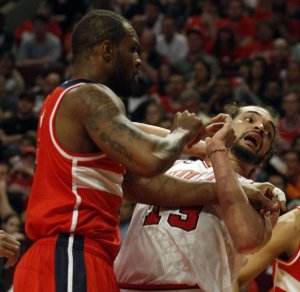 NBA // 3 years ago
Cavs hope to even series with Pacers
LeBron James has been in this playoff position before, just not in the first round. 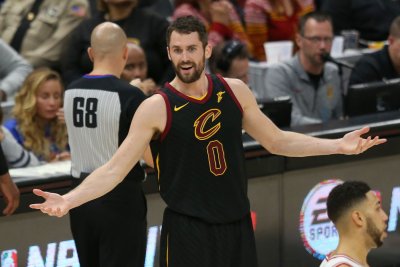 NBA // 3 years ago
Cavaliers aim to rebound from Game 1 loss vs. Pacers
As the Cleveland Cavaliers and Indiana Pacers commuted to their workouts Tuesday, they drove through temperatures hovering near the freezing mark.

NBA // 3 years ago
Sixers to get good look at James, Cavaliers
CLEVELAND -- If a pro basketball game were ever to be fought over a billboard, the Cavaliers-Sixers matchup Thursday in Cleveland would be it.

NBA // 3 years ago
LeBron James, after stitches, fuels Cleveland Cavaliers' win over Brooklyn Nets
CLEVELAND -- LeBron James received a kick in the rear from his coach and a head butt from an opponent. Then, he delivered a gut punch.

Trevor Fitzgerald Booker (born November 25, 1987) is an American professional basketball player with the Washington Wizards of the National Basketball Association. He was the starting power forward at Clemson University prior to playing in the NBA.

Booker attended Union High School in Union, South Carolina. In his senior year (2005–06), Booker was named the Gatorade Player of the Year for South Carolina after averaging 21.9 points, 16.4 rebounds and 3.5 asstists per game. Booker was also named the AAA state player of the year and a first-team All-State selection. Booker left Union as its career leader in rebounding and blocked shots. He was coached in High School by Joe Pitt.

FULL ARTICLE AT WIKIPEDIA.ORG
This article is licensed under the GNU Free Documentation License.
It uses material from the Wikipedia article "Trevor Booker."
Back to Article
/