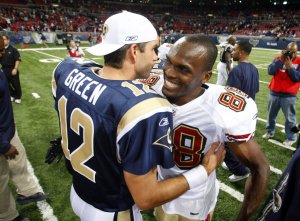 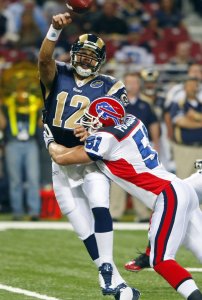 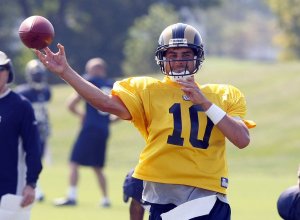 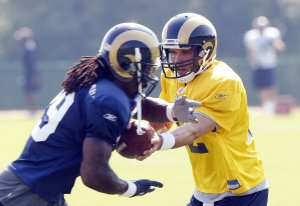 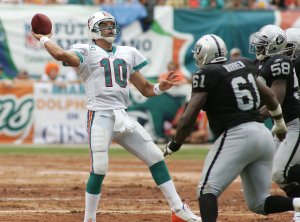 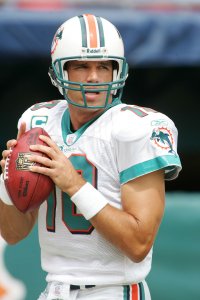 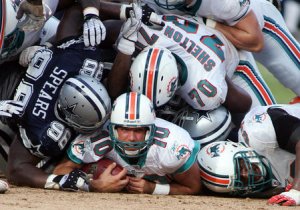 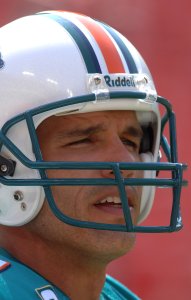 Missing Priest Holmes and Tony Richardson did affect our game

In order to get a play like that off, you have to get a lot of protection

We've been pretty successful with the fourth quarter. We've been able to put some points up

Trent Jason Green (born July 9, 1970 in Cedar Rapids, Iowa) is a retired professional American football quarterback. He was drafted by the San Diego Chargers in the eighth round of the 1993 NFL Draft. He played college football at Indiana University.

Green played for the BC Lions, Washington Redskins, St. Louis Rams, Kansas City Chiefs and Miami Dolphins. He earned a Super Bowl ring with the Rams and was selected to two Pro Bowls with the Chiefs.

He is currently a color commentator for NFL on Fox, as well as an analyst on NFL Network's signature show, NFL Total Access.

FULL ARTICLE AT WIKIPEDIA.ORG
This article is licensed under the GNU Free Documentation License.
It uses material from the Wikipedia article "Trent Green."