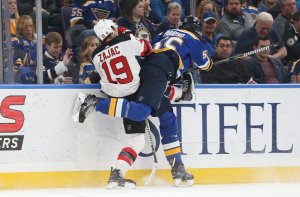 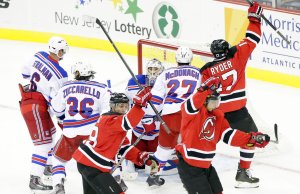 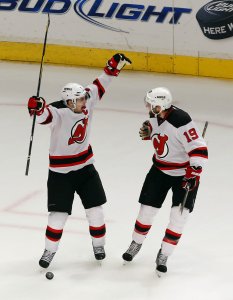 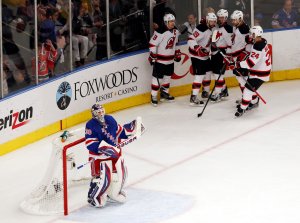 NHL // 2 years ago
NHL players offer picks for Rams-Patriots Super Bowl matchup
Most sports fans will tune in to Sunday's Super Bowl matchup between the Los Angeles Rams and New England Patriots, including players from around the NHL.

NHL // 2 years ago
Devils hope for better outcome vs. Predators
This kind of deja vu, the New Jersey Devils can do without.

NHL // 2 years ago
Devils face Capitals in home opener
If the New Jersey Devils wish to again consider themselves a serious playoff contender this season, there is no better test early on than to skate against the defending Stanley Cup champions.

Zajac made his NHL debut on October 6, 2006, as New Jersey shutout Carolina 4–0. The next evening against Dallas he registered his first NHL goal during a 3-1 loss.

On April 19, 2009, Zajac scored his second career playoff goal that lifted New Jersey to a 3-2 overtime win against the Hurricanes in Carolina. That gave them a 2-1 series advantage, but the Devils went on to lose the quarterfinals matchup in seven games.

FULL ARTICLE AT WIKIPEDIA.ORG
This article is licensed under the GNU Free Documentation License.
It uses material from the Wikipedia article "Travis Zajac."
Back to Article
/