Sports News // 4 years ago
Pittsburgh Pirates snap skid with win vs. St. Louis Cardinals
ST. LOUIS -- The team which got swept by one of the worst teams in baseball had no problems beating the best team in baseball. 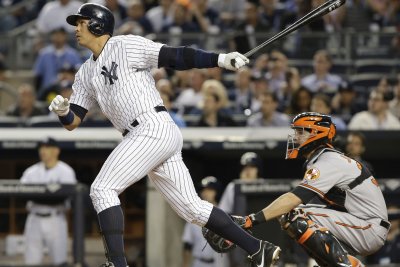 In 2007, he was promoted to the Class A Lansing Lugnuts, he spent the whole season in Lansing and led the league in many hitting categories and he represented Lansing in the 2007 Midwest League All-Star Game.

FULL ARTICLE AT WIKIPEDIA.ORG
This article is licensed under the GNU Free Documentation License.
It uses material from the Wikipedia article "Travis Snider."
Back to Article
/