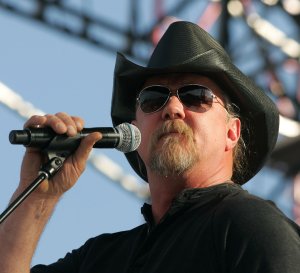 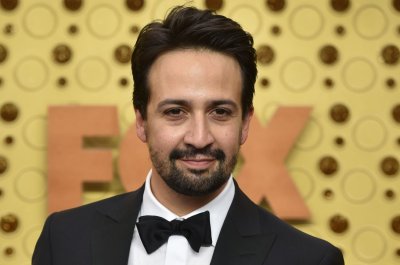 Entertainment News // 6 months ago
What to stream this weekend: July Fourth specials, 'Hamilton'
A number of Fourth of July specials and Broadway's "Hamilton" are just some of the entertainment options available this Independence Day weekend as viewers stay home during the COVID-19 pandemic.

TV // 7 months ago
PBS' 'A Capitol Fourth' to return with pre-taped performances
"A Capitol Fourth," the annual Fourth of July broadcast on PBS, will be returning for a 40th anniversary presentation, but the performances will be pre-taped this year due to the COVID-19 pandemic.

Music // 1 year ago
Blake Shelton to revive 'Friends and Heroes' tour in 2020
Country music star Blake Shelton will kick off a tour with Lauren Alaina, the Bellamy Brothers, John Anderson and Trace Adkins in February.

I've been pretty much aggressive, by Nashville standards, about coming out here three or four times, meeting casting directors -- just trying to get a foot in the door

The Academy of Country Music Awards on CBS -- all in May. He's also scheduled to perform on

I don't think you'll get all that bickering and back-biting and stuff that you might see in some other type genre, you know what I'm sayin'? I just don't think that's gonna happen

Tracy Darrell "Trace" Adkins (born January 13, 1962) is an American country music artist. He made his debut in 1996 with the album Dreamin' Out Loud, released on Capitol Records Nashville. Since then, Adkins has released seven more studio albums and two Greatest Hits compilations. In addition, he has charted more than twenty singles on the Billboard country music charts, including the Number One hits "(This Ain't) No Thinkin' Thing", "Ladies Love Country Boys", and "You're Gonna Miss This", which peaked in 1997, 2007, and 2008, respectively. "I Left Something Turned on at Home" went to #1 on Canada's country chart. All but one of his studio albums have received gold or platinum certification in the United States; his highest-selling to date is 2005's Songs About Me, which has been certified 2× Multi-Platinum for shipping two million copies.

He has also made several appearances on television, including as a panelist on the game shows Hollywood Squares and Pyramid, as a finalist on The Celebrity Apprentice, as the voice for recurring character Elvin on King of the Hill, and in television commercial voice-overs for the KFC restaurant chain. In addition, Adkins has written an autobiography entitled A Personal Stand: Observations and Opinions from a Free-Thinking Roughneck, which was released in late 2007.

Adkins was born and reared in Sarepta in Webster Parish in north Louisiana. His parents are Aaron Adkins, a mill worker, and the former Peggy Carraway. His maternal grandfather was the Christian musician James W. Carraway (1923–2008). His musical interest came at an early age, when his father taught him to play the guitar. In high school, he joined a gospel music group called the New Commitments. He was also a member of Future Farmers of America (FFA). Later, Adkins went on to study at Louisiana Tech University, where he also played defensive end for the Bulldogs football team; after graduation, he took up work at an oil rig. He lost the pinky finger on his left hand in an accident while using a knife to open a bucket, and asked doctors to reattach the finger at an angle so that he could continue to play guitar. Adkins then moved on to playing in honky tonk bars around Nashville, Tennessee, in the early 1990s. An executive of Capitol Records spotted Adkins playing at a honky tonk, and soon signed him to the label. His brother, whom Trace describes as his first fan, was killed in a truck accident at the age of 21. Adkins is married to his third wife Rhonda Forlaw; together they have three daughters (Mackenzie, Brianna, and Trinity). Adkins also has two daughters from his first marriage (Tarah and Sarah).

FULL ARTICLE AT WIKIPEDIA.ORG
This article is licensed under the GNU Free Documentation License.
It uses material from the Wikipedia article "Trace Adkins."
Back to Article
/