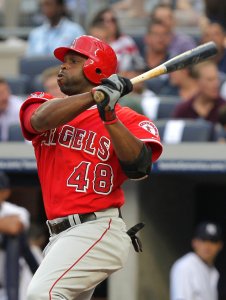 Sports News // 3 years ago
No. 12 Michigan State hangs on to defeat No. 18 Notre Dame
SOUTH BEND, Ind. -- Michigan State running back Gerald Holmes could not hide his emotions when he learned about the death of his grandmother earlier this week.

Sports News // 4 years ago
No. 4 Notre Dame pulls out win over Boston College
BOSTON -- Fourth-ranked Notre Dame won a football game at Fenway Park on Saturday night, but the Fighting Irish didn't help themselves in the eyes of the College Football Playoff folks.

College Football // 4 years ago
Notre Dame football: DeShone Kizer, Fighting Irish top Pitt 42-30
PITTSBURGH -- The way DeShone Kizer sees it, Notre Dame is in a situation where it can only be successful.

College Football // 4 years ago
Notre Dame football: Fighting Irish have bye week before Temple Owls game
No. 11 Notre Dame gets this weekend off to recuperate and reflect before resuming play on Halloween Night at Temple.

He can ignite a baseball team; that's what we're looking for

This is a very happy day for me and my family

Hunter has taken away many home runs throughout his 13-year major league career by "climbing the fence" in the outfield. He has won nine consecutive Gold Glove Awards as an outfielder.

Hunter resides during the off-season in the Dallas-Fort Worth Metroplex suburb of Prosper, Texas. He is a cousin of former MLB outfielder Choo Freeman. Despite the same spelling, Hunter was not named after torii, the gates to a Japanese Shinto shrine. Hunter says jokingly, "I think, when my mom filled out the paperwork after I was born, she accidentally put two 'I's."

FULL ARTICLE AT WIKIPEDIA.ORG
This article is licensed under the GNU Free Documentation License.
It uses material from the Wikipedia article "Torii Hunter."
Back to Article
/