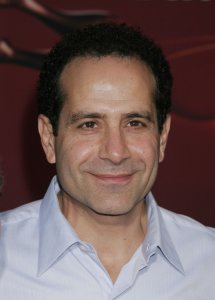 Entertainment News // 1 year ago
'The Band's Visit' to end Broadway run in April
"The Band's Visit," a musical adaptation of the Israeli film of the same name, will have its final performance April 7. 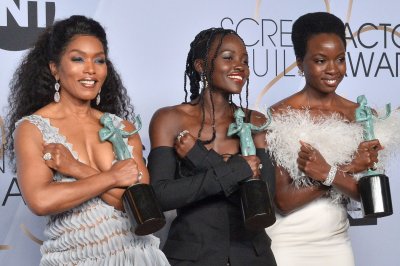 Movies // 1 year ago
'Black Panther,' 'Mrs. Maisel' win big at the SAG Awards
The stars of "Black Panther" went home with the Best Ensemble in a Movie prize at the Screen Actors Guild Awards ceremony in Los Angeles Sunday night.

Movies // 1 year ago
'A Star Is Born,' 'The Handmaid's Tale' nominated for top SAG Awards
Actresses Awkwafina and Laverne Cox announced the nominees for the 2019 Screen Actors Guild Awards for film and television on Wednesday.

TV // 1 year ago
Emmys 2018: Complete list of winners
The 70th annual Primetime Emmy Awards recognizes excellence in television. Here is the full list of winners from the event.

TV // 1 year ago
'Game of Thrones,' 'SNL,' 'Westworld' lead the Emmy field
"Game of Thrones" led with 22 when nominations for the 70th annual Emmy Awards were announced in Los Angeles Thursday morning.

Anthony Marcus "Tony" Shalhoub (Arabic:انطوني ماركوس "طوني" شلهوب; born October 9, 1953) is an American actor. His television work includes the role of Antonio Scarpacci on Wings and sleuth Adrian Monk on the TV series Monk. He has won three Emmy Awards and a Golden Globe for his work in Monk.

Shalhoub was born and raised in Green Bay, Wisconsin. His father, Joe Shalhoub, immigrated from Lebanon to the United States as an orphan at the age of 10. He married Shalhoub’s mother, Helen, a second-generation Lebanese-American, and founded a family grocery chain, starting with a store in downtown Green Bay.

The second youngest of the couple's 10 children, Shalhoub was introduced to the theater by an older sister, who put his name forward as an extra in a high school production of The King and I. Despite finding himself standing on the wrong side of the curtain during the final dress rehearsal, he became addicted to the theater. Shalhoub graduated from Green Bay East High School, where his senior peers named him the best dressed and most likely to succeed. In his senior year he suffered a setback, breaking his leg in a fall off the stage into the pit during a rehearsal. Recovering quickly, he was able to perform in the school's final play of the year. He graduated with a bachelor’s degree in drama from the University of Southern Maine in Portland, going on to earn a masters from the Yale School of Drama in 1980.

FULL ARTICLE AT WIKIPEDIA.ORG
This article is licensed under the GNU Free Documentation License.
It uses material from the Wikipedia article "Tony Shalhoub."
Back to Article
/