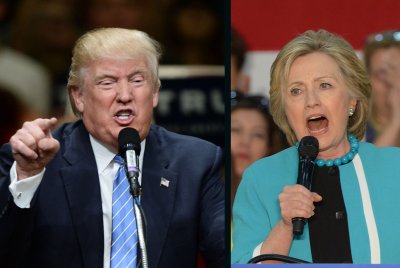 U.S. News // 4 years ago
Debate prep: Clinton studies up, Trump doesn't want to be too scripted
With the political event of the year near, Hillary Clinton and Donald Trump are preparing for their debates in ways that have come to define their candidacies.

If colleagues are being laid off and cut back, we can't help worrying that you might be next and we push ourselves harder, we get more done, which sounds like good news and certainly explains higher productivity

The Productivity Paradox: How Sony Pictures Gets More Out of People by Demanding Less

Anthony Schwartz (August 19, 1923 — 15 June 2008) was an American sound archivist, sound designer, pioneering media theorist and advertising creator. Known as the "wizard of sound," he is perhaps best known for his role in creating the controversial Daisy television ad for the 1964 Lyndon Johnson campaign.

Considered a guru of the newly emerging "electronic media" by Marshall McLuhan, Schwartz ushered in a new age of media study in the 1970's. His works anticipated the end of the print-based media age, and pointed to a new electronic age of mass media.

Born in Manhattan, Schwartz was raised there briefly before his family moved to Peekskill, New York. At 16, he went blind for about six months. He had previously been interested in ham radio, and the incident focused him more on sound, as did his lifelong agoraphobia.

FULL ARTICLE AT WIKIPEDIA.ORG
This article is licensed under the GNU Free Documentation License.
It uses material from the Wikipedia article "Tony Schwartz."
Back to Article
/