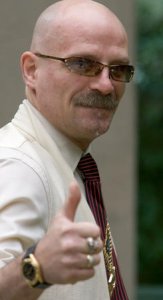 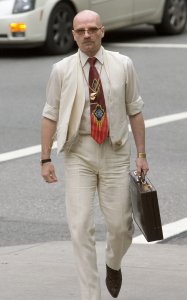 Science News // 1 year ago
Balloon firm plans test to later take tourists to edge of space
A new space tourism company plans its first uncrewed test flight of a capsule suspended from a hydrogen balloon in late March from Florida, its founders said.

Top News // 2 years ago
The Almanac
On Feb. 29, 1940, Hattie McDaniel became the first African-American actor to win an Academy Award -- for her role in "Gone With the Wind."

Soccer // 4 years ago
Will Ferrell channels Ron Burgundy as MLS commentator
Will Ferrell sat down with an ESPN broadcast crew, acting as "Anchorman" character Ron Burgundy, during the Seattle Sounders and Los Angeles FC game.

Anthony Robbins (born February 29, 1960) is an American self-help writer and professional speaker for over 30 years. He became well known through his infomercials and bestselling self-help books, Unlimited Power: The New Science Of Personal Achievement and Awaken The Giant Within. The first edition of Unlimited Power was published by Fawcett Columbine (Ballantine Books) in 1987. Robbins writes about subjects such as health and energy, overcoming fears, persuasive communication, and enhancing relationships. He also became well known in America and internationally through infomercials promoting personal development audio programs and motivational seminars. His audio programs, seminars and self-help products featured Neuro-linguistic programming and Ericksonian hypnosis which he studied at the start of his career. Robbins seminars also used firewalking as a metaphor for overcoming fears and limiting beliefs. Later, Robbins combined his skills and techniques with other methods claimed to effect personal change.

Robbins was born in North Hollywood, California. He was raised in Azusa, California and attended Glendora High School. His parents divorced when he was seven years old, and his mother later remarried twice and was quoted as saying "Tony could never shut up even as a child" and that "he drove my husbands away with his big mouth". Tony took on the surname of Jim Robbins, his first stepfather.

In 1994, a routine medical check revealed a tumor in Robbins' pituitary gland. Robbins explains in Personal Power that the tumor was actually an adenoma that had infarcted several years earlier. Due to the pressure of the adenoma on his pituitary gland, he had circulating levels of growth hormone several times higher than what would be normal for an adult his age. This had resulted in a subclinical manifestation of the disease known as acromegaly, which doctors told Robbins was responsible for his remarkable growth spurts as a teenager, as well as his large hands and feet (he is 6 feet 7 inches (201 cm) tall). After consulting with multiple physicians, Robbins decided not to have the adenoma resected, as it was not causing any clinical manifestations.

FULL ARTICLE AT WIKIPEDIA.ORG
This article is licensed under the GNU Free Documentation License.
It uses material from the Wikipedia article "Tony Robbins."