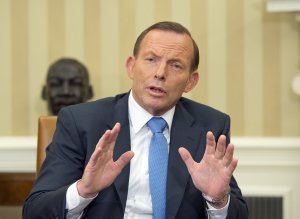 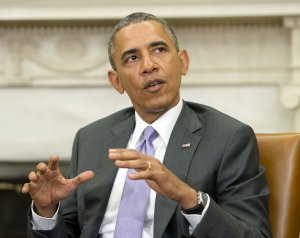 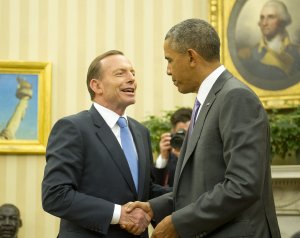 Top News // 4 years ago
The Almanac
On Sept. 8, 1974, President Gerald Ford granted former President Richard Nixon a full pardon for any offenses he may have committed during his years in office.

Opinion // 4 years ago
Why Australia should abandon its Russian paranoia
Russia and Australia should be partners in the Asia-Pacific. Instead, Canberra seems perennially paranoid about the Russian threat.

World News // 4 years ago
Australia faces possible hung Parliament after tight voting
Australia's national election was too close to call Sunday with absentee and mail-in votes left to be counted, and the government in risk of a hung Parliament. 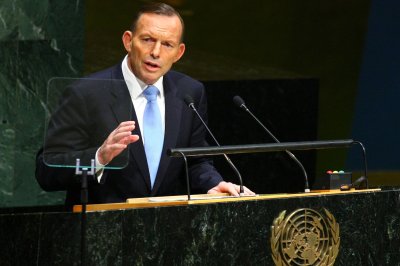 Top News // 5 years ago
The Almanac
In 1974, U.S. President Gerald Ford granted a full pardon to former President Richard Nixon, who had resigned in the wake of the Watergate scandal.
Defense News // 5 years ago
Australian company contracted for UAS components
Components for Northrop Grumman's Triton unmanned aerial system are to be provided by an Australian company.

Energy News // 5 years ago
Australia rolls out new emission targets
The Australian government announced Tuesday it embraced measures to cut per capita emissions by at least 50 percent by 2030.

There is a moral panic, which is taking over the land

If there was a pandemic outbreak and we didn't have preparations in place, we could expect within the first three months 2.6 million people seeking medical attention, 58,000 hospitalizations and 13,000 deaths

It will be a right of veto, rather than the necessity to get explicit permission

The government won't give blank checks to any group. No government submits to ultimatums from any group, no matter how important

After the defeat of the Howard government at the 2007 federal election, he was Shadow Minister for Families, Community Services and Indigenous Affairs until he resigned from Malcolm Turnbull's shadow cabinet on 26 November 2009 in protest against Liberal Party support for an Emissions Trading Scheme (ETS). Following a spill motion, Abbott defeated Turnbull 42 votes to 41 in a party leadership election.

The 2010 federal election resulted in a hung parliament with the incumbent Labor government led by Julia Gillard, forming a minority government after gaining support of an Australian Greens MP and three independent MPs. Abbott was re-elected unopposed to the party leadership following the election.

FULL ARTICLE AT WIKIPEDIA.ORG
This article is licensed under the GNU Free Documentation License.
It uses material from the Wikipedia article "Tony Abbott."
Back to Article
/