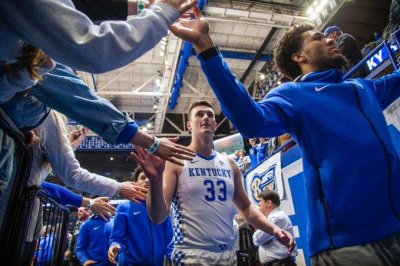 MLB // 10 months ago
Nationals' Ryan Zimmerman, Joe Ross opt out of 2020 season
Washington Nationals veteran first baseman Ryan Zimmerman and starting pitcher Joe Ross are sitting out of the pandemic-delayed 2020 season over concerns about the coronavirus.

Thomas Edward John Jr. (born May 22, 1943) is a former left-handed pitcher in Major League Baseball whose 288 career victories rank as the seventh highest total among left-handers in major league history. He is also known for the revolutionary surgery, now named after him, which was performed on a damaged ligament in his pitching arm.

An outstanding basketball player at Gerstmeyer High School in Terre Haute, where he held the city single game scoring record, John was originally signed by the Cleveland Indians, making his major league debut in 1963. John chose baseball when he realized he had the most talent in it and would not go on to play professional basketball. Of his 26-year major league career, he is best remembered for his seasons with the Los Angeles Dodgers in the 1970s. He made appearances in the All-Star Game in 1968, 1978, 1979, and 1980. He played in all three Yankees vs. Dodgers World Series of his era (1977, 1978 and 1981), but was on the losing end of all three, having switched over to the Yankees by the time the Dodgers took the Series in 1981. John never played on a major league championship team. John was a soft throwing sinkerball pitcher whose technique resulted in batters hitting numerous ground balls and induced double plays.

In the middle of the 1974 season, John was cruising along with a 13-3 record as the Dodgers were en route to their first National League pennant in eight years, before he permanently damaged the ulnar collateral ligament in his pitching arm, leading to a revolutionary surgical operation. This operation, now known as Tommy John surgery, replaced the ligament in the elbow of his pitching arm with a tendon from his right forearm. The surgery was performed by Dr. Frank Jobe on September 25, 1974, and although it seemed unlikely he would ever be able to pitch again, he spent the entire 1975 season in recovery. John would work with team mate and major league pitcher Mike Marshall who was said to know how to help pitchers recover from injuries and taught John a completely different way to pitch where he would not turn his leg and go straight to the plate which eliminated the chance of him hurting his knee and arm, and he returned to the Dodgers in 1976. His 10-10 record that year was considered "miraculous" but John went on to pitch until 1989, winning 164 games after his surgery—one fewer game than all-time great Sandy Koufax won in his entire career. After Phil Niekro's retirement, John spent 1988 and 1989 as the oldest player in the major leagues. In 1989, Tommy John matched Deacon McGuire’s record (since broken) for most seasons played in a Major League Baseball career with 26 seasons played. Today, many pitchers have Tommy John surgery during their careers.

FULL ARTICLE AT WIKIPEDIA.ORG
This article is licensed under the GNU Free Documentation License.
It uses material from the Wikipedia article "Tommy John."
Back to Article
/