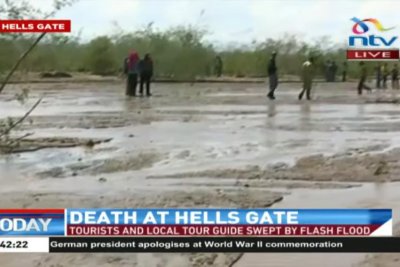 Entertainment News // 1 year ago
'Avengers' video game to launch May 2020, cinematic trailer released
Marvel and publisher Square Enix has announced that the "Avengers" video game will be arriving for the PlayStation 4, Xbox One, Google Stadia and PC on May 15, 2020.

Entertainment News // 1 year ago
'Avengers' video game to be presented at E3
Marvel and publisher Square Enix have announced that the long-in-development "Avengers" video game will be showcased at the upcoming 2019 Electronic Entertainment Expo or E3.

Tomb Raider is a media franchise consisting of action-adventure games, comic books, novels, theme park rides, and movies, centering around the adventures of the female fictional British archaeologist Lara Croft. Since the release of the original Tomb Raider in 1996, the series developed into a lucrative franchise of related media, and Lara went on to become a major icon of the video game industry. The Guinness Book of World Records has recognised Lara Croft as the "Most Successful Human Videogame Heroine" in 2006. Six games in the series were developed by Core Design, and the latest three by Crystal Dynamics. To date two movies, Lara Croft: Tomb Raider and Lara Croft Tomb Raider: The Cradle of Life, have been produced starring American actress Angelina Jolie as Lara Croft.

The central character in Tomb Raider is the British archaeologist Lara Croft, a female adventurer in search of ancient treasures. Lara was created by one-time Core designer Toby Gard, and grew out of a number of ideas discarded in early concepts. She appears almost invariably with brown shorts, a green or blue sleeveless top, holsters on both sides of her hip for dual wielded pistols and a small brown backpack. Over the course of the series, her 3D model has undergone gradual graphical improvements, as well as enlarged (and later reduced) breast size.

Several actresses and models have taken on the role of Lara Croft in real life for publicity purposes, including the British actress Nell McAndrew, as an official model, and Rhona Mitra, in the early days of the games' success. In addition, playing Lara at game conventions is a popular type of modelling work. Alison Carroll is the current official portrayer of Lara. American actress Angelina Jolie was cast as Lara Croft in the Tomb Raider movies.

FULL ARTICLE AT WIKIPEDIA.ORG
This article is licensed under the GNU Free Documentation License.
It uses material from the Wikipedia article "Tomb Raider."
Back to Article
/