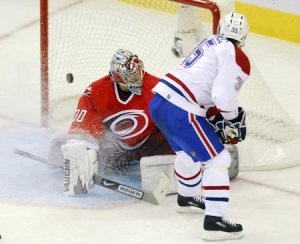 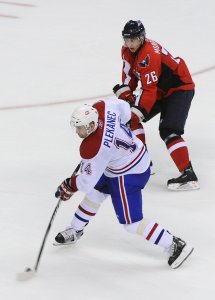 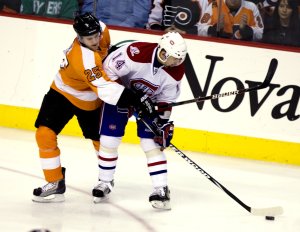 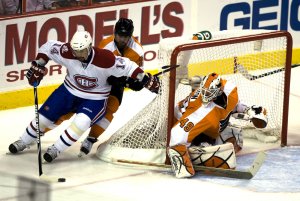 NHL // 1 year ago
Canadiens look to bounce back against Flames
The Montreal Canadiens are off to an unexpectedly good start this season with a 4-1-2 record but are facing their first bit of adversity as they prepare to host the Calgary Flames at Bell Centre on Tuesday.

NHL // 3 years ago
New York Rangers get early advantage on Montreal Canadiens in first round matchup
Tanner Glass spent most the season in the minors, earning a call-up to the Rangers. And in their opening game of 2017 Stanley Cup Playoffs, he came through.

NHL // 3 years ago
NHL roundup: recap, scores, notes for every game played on March 19
PITTSBURGH -- Sidney Crosby had a natural hat trick to regain sole possession of the NHL goals lead at 40, and Marc-Andre Fleury made 21 saves Sunday as the Pittsburgh Penguins defeated the Florida Panthers 4-0 at PPG Paints Arena.

Tomáš Plekanec (born October 31, 1982) is a Czech professional ice hockey centre currently playing for the Montreal Canadiens of the National Hockey League (NHL). After beginning his career for HC Kladno of the Czech Extraliga, he was selected 71st overall by the Canadiens in the 2001 NHL Entry Draft. Moving to North America in 2002, he played three seasons for the Canadiens' American Hockey League (AHL) affiliate, the Hamilton Bulldogs, before joining the NHL club full-time for the 2005–06 campaign.

Plekanec played junior in his native Czech Republic with the HC Kladno organization. He debuted with club's senior team in 1998–99, appearing in three Czech Extraliga games. Two years later, he joined the senior team full-time, recording 42 points over 53 games. In the off-season, Plekanec was selected by the Montreal Canadiens 71st overall in the 3rd round of the 2001 NHL Entry Draft. Remaining in the Czech Extraliga for a second full season, he scored 30 points over 43 games in 2001–02.

Plekanec came to North America to begin playing in the Canadiens' system in 2002–03. Assigned to the club's minor league affiliate, the Hamilton Bulldogs of the American Hockey League (AHL), he recorded 46 points over 77 games. Improving to 66 points with Hamilton in 2003–04, he also made his National Hockey League (NHL) debut that season, playing in two games. Due to the 2004–05 NHL lockout, Plekanec automatically remained in Hamilton for a third AHL season and recorded 64 points over 80 games.

FULL ARTICLE AT WIKIPEDIA.ORG
This article is licensed under the GNU Free Documentation License.
It uses material from the Wikipedia article "Tomas Plekanec."
Back to Article
/