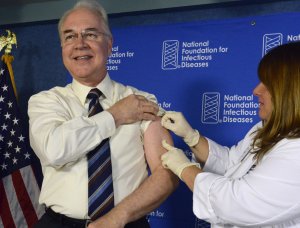 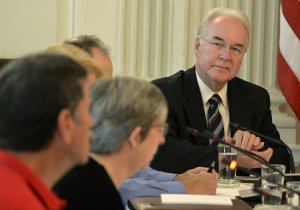 U.S. News // 3 years ago
ACA, reproductive laws eyed as Azar sworn in as health secretary
Alex Azar, criticized by women's rights groups for comments that life begins at conception, was sworn in Monday as chief of Health and Human Services. 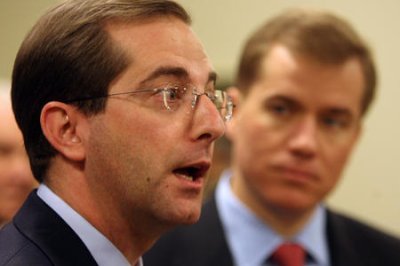 Health News // 3 years ago
Survey: At least one-quarter of American workers go to work sick
American workers are not doing their part in combating the spread of influenza, according to a new survey by the National Sanitation Foundation.

U.S. News // 3 years ago
Rep. Price clarifies statements about 'quarantine' for HIV patients
Georgia Rep. Betty Price said her question to a health official about whether HIV patients could legally be quarantined was "taken completely out of context."

The group decided the language that was most reflective of what we as a group were promoting was 'no new earmarks,'

The only question is whether we come back here Monday

Advanced IRS solutions, such as EMARSS, are required by our men and women in uniform decisively engaged in irregular warfare in Afghanistan today

There being no evidence of any wrongdoing or any inconsistency in my policy position, one can only guess as to the motive behind their decision or even why they chose to initiate a review in the first place

Tom Price (born July 12, 1980) is a British actor, voice over artist and stand up comedian. He is married to TV producer Beth Morrey, who is most noted for being the creator of hit Channel 4 quiz format Wogan's Perfect Recall.

His first TV appearance was playing a waiter in an Episode of Absolute Power. He is known to television audiences for being one of the stars of the Five comedy sketch show Swinging. He has also appeared in a recurring role as police officer Andy Davidson in a number of episodes of Torchwood, a spin-off from the long running science fiction series Doctor Who. In 2008 he starred in the BBC Three sketch show The Wrong Door and filmed the role of Darrin Stephens in a pilot UK remake of Bewitched, which never got aired. Other TV appearances include Doctors (2009) and Secret Diary of a Call Girl (2010). 2011 will see Price reprise the role of Andy Davidson in Torchwood: Miracle Day airing on BBC One and US premium television network Starz.

In addition to his TV performances Price has appeared in a minor role in the films The Boat that Rocked and Hereafter.

FULL ARTICLE AT WIKIPEDIA.ORG
This article is licensed under the GNU Free Documentation License.
It uses material from the Wikipedia article "Tom Price."
Back to Article
/