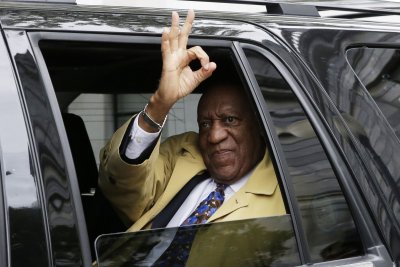 He lost weight, his cheeks became sunken in. His eyes became heavy. He was terrified

Thomas Arthur Mesereau, Jr. is an American trial attorney and former amateur boxer best known for successfully defending Michael Jackson in the 2005 child molestation trial. He devotes his time and money to notable pro bono legal services to the African-American communities of Los Angeles and the American South. He is a founding partner of Mesereau & Yu LLP, a small general practice law firm located in Century City, California.

Born in West Point, New York in 1950 to an affluent and politically liberal former Military Academy football assistant coach and his wife. Mesereau grew up in Englewood, New Jersey, graduated from St. Cecilia Grammar School (where he served as an altar boy) in 1964, attended Loyola School in NYC from 1964 to 1967, graduated from Bergen Catholic High School in Oradell, New Jersey, in 1968 and Phillips Academy in 1969, and earned a 1973 bachelor's degree from Harvard University, cum laude, while active both as an active member of the Harvard boxing and football teams and as a Vietnam War protester. After a year in Washington D.C. as a Capitol Hill staffer, he earned a 1975 Master's Degree in International Relations from the London School of Economics, and a Juris Doctor (J.D.) degree from the University of California Hastings College of the Law, located in San Francisco, California.

Following law school, Tom moved to Washington D.C. to spend approximately one year as a junior associate for a prestigious corporate litigation firm. He then spent a year as a deputy in the Orange County District Attorney's office before a three year stay as an executive at Getty Synthetic Fuels Inc., in Orange County, California. Boredom with corporate life in 1985 resulted in a change of career goals. He made a long-term plan to transition to criminal defense, a specialty he found far more engaging and personally satisfying, and entered private practice in Los Angeles.

FULL ARTICLE AT WIKIPEDIA.ORG
This article is licensed under the GNU Free Documentation License.
It uses material from the Wikipedia article "Tom Mesereau."
Back to Article
/