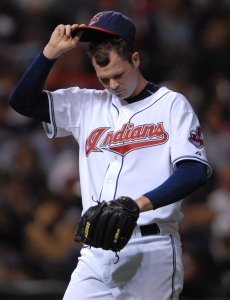 Thomas Raymond Mastny (born February 4, 1981 in Bontang, Indonesia) is a Major League Baseball right-handed relief pitcher who currently plays in Japan for the Yokohama BayStars. He stands 6 feet (1.8 m), 6 inches in height and weighs 220 pounds. Mastny is the first and only Indonesian-born player in Major League history, although he was raised in Zionsville, Indiana, where he played for Zionsville Community High School. He made his major league debut with the Indians on July 25, 2006.

Mastny, nicknamed "Mr. Nasty," played collegiate baseball at Furman University, where he was primarily used as a starting pitcher. In 2003, he was named the Southern Conference Pitcher of the Year, but was not widely regarded as a top-tier prospect. He was selected in the 11th round of the 2003 draft by the Toronto Blue Jays, and began his professional career with the Auburn Doubledays of the Single-A New York-Penn League.

In 2004, he played a full season with the Single-A Charleston Alley Cats, before being sent to the Cleveland Indians in the offseason to complete an earlier trade in which Toronto acquired infielder John McDonald.

FULL ARTICLE AT WIKIPEDIA.ORG
This article is licensed under the GNU Free Documentation License.
It uses material from the Wikipedia article "Tom Mastny."
Back to Article
/