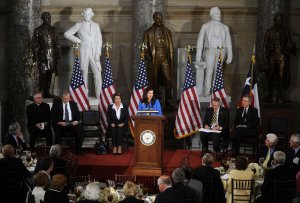 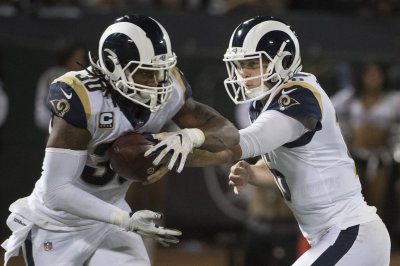 NFL // 1 year ago
Vikings' defense can't help offense in loss to Rams
By signing Kirk Cousins, the Minnesota Vikings believed they finally had the quarterback to complement their league-leading defense from 2017.

NFL // 1 year ago
Camp setup: Kirk Cousins on the spot as Minnesota Vikings QB
As they prepare to open full camp next Friday (July 27 when veterans report), no other NFL team is under as much pressure as the Minnesota Vikings.

U.S. News // 1 year ago
1 wounded, suspect in custody in Florida high school shooting
One person was injured Friday in a shooting at Forest High School in central Florida, authorities said.

NFL // 2 years ago
Free-Agent Setup: Vikings vexed by quarterback quandary
The Minnesota Vikings are in an unusual pickle for a team that went 13-3 and reached the conference title game a month ago. They ended the season with three quarterbacks who have significant value on the free agent market -- Teddy Bridgewater, Sam Bradford and Case Keenum.

NFL // 2 years ago
Minnesota Vikings: What went right, what went wrong
The Minnesota Vikings led the league in defense, overachieved on offense, reached 13 regular-season wins and won a playoff game.

NFL // 2 years ago
Vikings have decisions ahead at quarterback
EDEN PRAIRIE, Minn. -- The Minnesota Vikings led the league in defense, overachieved on offense, reached 13 regular-season wins for only the second time in franchise history and won a playoff game for the first time in eight years. All with backup quarterback Case Keenum playing all but six quarters.

NFL // 2 years ago
Minnesota Vikings preseason preview: schedule, analysis, players to watch
When the remnants of a recently good roster all arrived here at Minnesota State University Wednesday (July 26), the theme will be hello and goodbye. 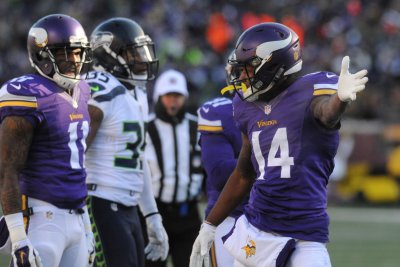 NFL // 2 years ago
Minnesota Vikings 2017 training camp preview, projected team depth chart
Ownership, coaches, players, fans and we so-called experts aren't quite sure what to make of the Minnesota Vikings as they head an hour south.

The pundits of the science world are saying, 'unless we have hard data, we don't believe it,

Thomas Raymond Johnson (born April 2, 1951 in Saint Paul, Minnesota) was a Major League Baseball pitcher. He played five seasons in the majors, from 1974 until 1978 for the Minnesota Twins. He pitched in 129 games during his career, all but one as a reliever.

Johnson was signed as an undrafted free agent in 1970. After four years in the Twins' minor league system, he made his major league debut on September 10, 1974. Johnson racked up twenty-three wins as a starter, then later a closer, over five years with the Twins, including sixteen in 1977.

After the 1978 season, Johnson was released, and signed a year later by the Chicago White Sox. He became a starter for the White Sox triple-A affiliate in Glens Falls, but was largely unsuccessful. After the 1980 season, Johnson retired at the age of twenty-nine.

FULL ARTICLE AT WIKIPEDIA.ORG
This article is licensed under the GNU Free Documentation License.
It uses material from the Wikipedia article "Tom Johnson."
Back to Article
/