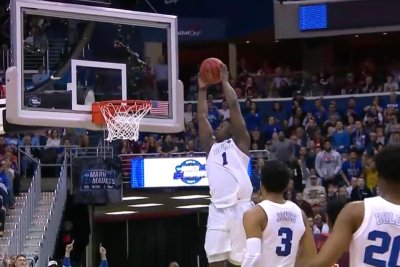 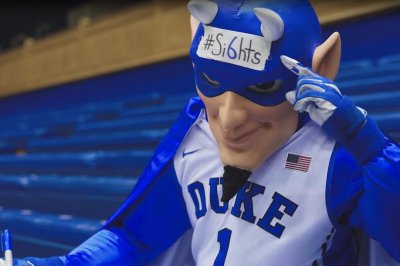 Sports News // 1 year ago
March Madness: Sweet 16 prop bets include buzzer-beater, mascot odds
It's Sweet 16 time in the 2019 NCAA men's basketball tournament and UPI has you covered with odds on prop bets, from statistically sound to wonderfully wacky.

Under Izzo, the Michigan State program has been one of the most successful in the country. Izzo has led the Spartans to the 2000 NCAA Division I National Championship, the 2009 NCAA Division I National Championship Game, six Final Fours, and six Big Ten Championships in his first 15 years at Michigan State. The winningest coach in school history, Izzo's teams have been invited to the past 13 consecutive NCAA tournaments, in addition to setting the Big Ten record for the longest home winning streak. These accomplishments led analyst Andy Katz at ESPN to deem Michigan State the top college basketball program for the decade from 1998 to 2007.

Currently the longest tenured coach in the Big Ten Conference, Izzo, whose teams are often recognized for their rebounding prowess and defensive tenacity, has won four national coach of the year awards and maintains a considerable coaching tree—several of his former assistants are currently head coaches at other Division I schools. He currently holds a record of 18–8 versus rival Michigan, although five U-M wins were vacated, making his official record against Michigan 18-3.

FULL ARTICLE AT WIKIPEDIA.ORG
This article is licensed under the GNU Free Documentation License.
It uses material from the Wikipedia article "Tom Izzo."
Back to Article
/