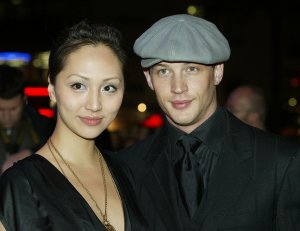 Entertainment News // 2 months ago
What to stream this weekend: Taylor Swift concert, Scooby-Doo film
Taylor Swift's "City of Lover" concert and the latest Scooby-Doo animated feature film are just some of the entertainment options available this weekend as viewers stay home during the COVID-19 pandemic.

Movies // 2 months ago
Kyle MacLachlan: Ailing Al Capone 'was difficult to watch'
Kyle MacLachlan reflects on his role as Al Capone's doctor in "Capone" and his career from David Lynch to upcoming roles as FDR and Thomas Edison.

Movies // 9 months ago
Sony confirms 2022 release for animated 'Spider-Man' sequel
Sony announced the release date for a sequel to the Oscar-winning "Spider-Man: Into the Spider-Verse" on Friday.

Top News // 10 months ago
The Almanac
On Sept. 15, 1963, four black girls were killed in the bombing of a church in Birmingham, Ala. Two black teenage boys were fatally shot later in rioting.

The University of Illinois complies with state and federal laws concerning discrimination, due process and equal protection, as well as the university's own non-discriminatory policy 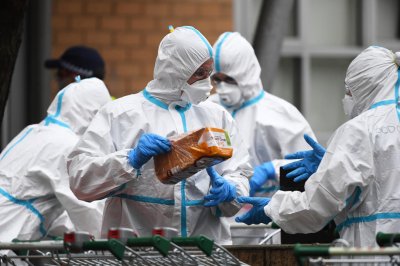 Edward Thomas "Tom" Hardy (born 15 September 1977) is an English actor. He is best known for playing the title character in the 2009 British film Bronson, and in films Star Trek Nemesis, RocknRolla, Inception, and in the upcoming film The Dark Knight Rises.

Hardy, an only child, was born in Hammersmith, and raised in East Sheen, London. His mother, Elizabeth Anne (née Barrett), is an artist and painter of Irish Catholic descent, and his father, Edward "Chips" Hardy, is an advertisement and comedy writer. Hardy studied at two private schools, Reed's School and Tower House School, then at Richmond Drama School, and subsequently at the Drama Centre London. He began his career in war dramas, winning the part of United States Army Private John Janovec in the award-winning HBO and BBC miniseries Band of Brothers. He made his feature film debut in Ridley Scott's 2001 war thriller Black Hawk Down.

In 2002, Hardy appeared in the independent film Dot the i, sharing the bill with Gael García Bernal. He then travelled to North Africa for Simon: An English Legionnaire, a story of the French Foreign Legion. In the same year, he gained some heavy international exposure as the Reman Praetor Shinzon, a clone of USS Enterprise Captain Jean-Luc Picard (Patrick Stewart) in Star Trek Nemesis. He returned to England to feature in the 2003 thriller LD 50 Lethal Dose.

FULL ARTICLE AT WIKIPEDIA.ORG
This article is licensed under the GNU Free Documentation License.
It uses material from the Wikipedia article "Tom Hardy."
Back to Article
/