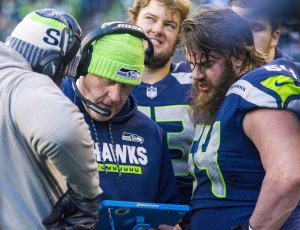 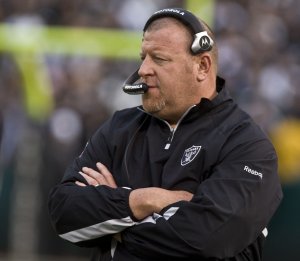 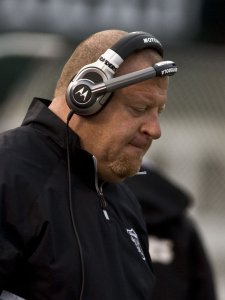 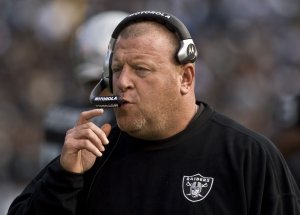 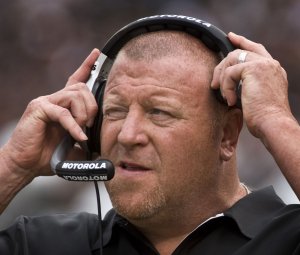 NFL // 3 years ago
Change remains in air for Seahawks
INDIANAPOLIS -- The Seattle Seahawks face a slew of uncertainty this offseason for the first time in many years as they adjust to new members on their coaching staff, an aging defense and try to rebuild a broken rushing attack.

NFL // 3 years ago
Ricky Manning Jr. becomes eighth coach to leave Seattle Seahawks' staff
Pete Carroll is still the head coach of the Seattle Seahawks, but his coaching staff will look a lot different next season.

NFL // 4 years ago
Report: Oakland Raiders to hire Tom Cable as offensive line coach
Tom Cable is on the verge of returning to the Bay Area.

I expected more out of us and we just (haven't) delivered

Thomas Lee "Tom" Cable, Jr. (born November 26, 1964) is an American football coach, and most recently was the head coach of the Oakland Raiders of the NFL.

Cable was born in Merced, California. He played high school football in Snohomish, Washington, northeast of Seattle. He graduated from Snohomish High School in 1982 and accepted an athletic scholarship to the University of Idaho from first-time head coach Dennis Erickson.

Cable played on the offensive line for the Idaho Vandals for head coaches Dennis Erickson and Keith Gilbertson, blocking for quarterback Scott Linehan. He was a member of the 1987 Indianapolis Colts strike replacement team. He did not play in the two games he was on the team's active roster.

FULL ARTICLE AT WIKIPEDIA.ORG
This article is licensed under the GNU Free Documentation License.
It uses material from the Wikipedia article "Tom Cable."