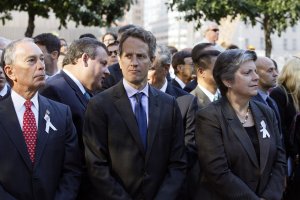 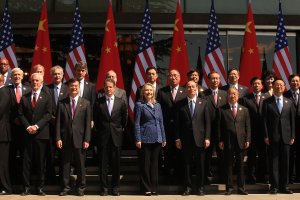 Voices // 3 years ago
What happens when the next financial crisis strikes?
As the 10-year anniversary of the last crash nears, pundits are predicting the next one.

Top News // 5 years ago
The Almanac
On Nov. 23, 1945, evidence presented during the Nuremberg Trials detailed a meeting between Adolf Hitler and Japanese Foreign Minister Yosuke Matsuoka where they discussed German-Japanese co-operation in a war against the United States, eight months before Pearl Harbor.
Odd News // 7 years ago
The Almanac
UPI Almanac for Sunday, Nov. 23, 2014
U.S. News // 7 years ago
Former Treasury Secretary Geithner publishes controversial memoir about financial crisis
Former Treasury Secretary Timothy Geithner's memoir about the financial collapse of 2008 was published Monday and met with controversy in the media.
Business News // 7 years ago
Warren Buffet would be surprised if stock prices fell 50%
Warren Buffet said Friday that he would be "surprised a lot" if stock prices globally fell by 50 percent, but said another financial crisis was possible.
Odd News // 8 years ago
The almanac
UPI Almanac for Saturday, Nov. 23, 2013.
U.S. News // 8 years ago
Geithner takes job with private equity firm
Former U.S. Treasury Secretary Tim Geithner, who stepped down in January, has taken a job with the private equity firm Warburg Pincus.
Odd News // 8 years ago
The almanac
UPI Almanac for Saturday, Oct. 12, 2013.
Business News // 8 years ago
Senate aide says White House working on replacement for Bernanke
White House officials are working to select a replacement for U.S. Federal Reserve Chairman Ben Bernanke, whose second term ends in January, a Senate aide said.

The recent financial crisis taught us an enduring lesson. Financial literacy is essential not only to the financial security of millions of American families, but also to the economic health of our nation as a whole

Despite what you hear, and this is a complicated place, Washington, people are moving closer together

The average cost of Medicare for the average beneficiary when fully phased in would go up by $6,500 a year

Timothy Franz Geithner (pronounced /ˈɡaɪtnər/; born August 18, 1961) is an American economist, central banker, and civil servant. He is the 75th and current United States Secretary of the Treasury, serving under President Barack Obama. He was previously the president of the Federal Reserve Bank of New York.

Geithner's position includes a large role in directing the Federal Government's spending on the late-2000s financial crisis, including allocation of $350 billion of funds from the Troubled Asset Relief Program enacted during the previous administration. At the end of his first year in office, he continued to deal with multiple high visibility issues, including administration efforts to restructure the regulation of the nation's financial system, attempts to spur recovery of both the mortgage market and the automobile industry, demands for protectionism, President Obama's tax changes, and negotiations with foreign governments on approaches to worldwide financial issues.

Geithner was born in New York City, but spent most of his childhood in other countries, including present-day Zimbabwe, Zambia, India, and Thailand where he completed high school at the International School Bangkok. He attended Dartmouth College, in the tradition of his father and paternal grandfather, graduating with an A.B. in government and Asian studies in 1983. In the process he studied Mandarin at Peking University in 1981 and at Beijing Normal University in 1982. He earned an M.A. in international economics and East Asian studies from Johns Hopkins University's School of Advanced International Studies in 1985. He has studied Mandarin and Japanese.

FULL ARTICLE AT WIKIPEDIA.ORG
This article is licensed under the GNU Free Documentation License.
It uses material from the Wikipedia article "Timothy Geithner."