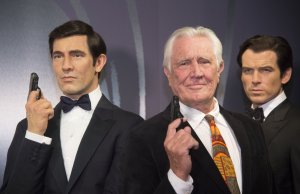 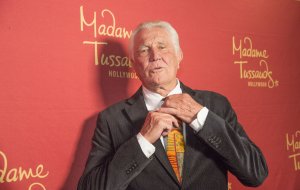 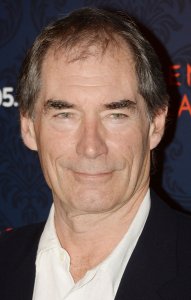 Entertainment News // 5 months ago
Royal Mail pays tribute to James Bond with new stamp collection
The United Kingdom's Royal Mail service has announced a new line of James Bond stamps just in time for the latest film in the series, "No Time To Die."

TV // 1 year ago
'Doom Patrol' renewed for Season 2
The comic-book adaptation "Doom Patrol" has been renewed for a second season.

TV // 1 year ago
'Doom Patrol': Cyborg, Crazy Jane appear in first teaser
The eccentric and unlikely heroes of the Doom Patrol assemble in the first teaser trailer for the upcoming television series based on the DC Comics group.

TV // 1 year ago
Live-action 'Titans' series renewed for Season 2 ahead of premiere
The live-action series "Titans" has been renewed for a second season, which will stream on the DC Universe digital subscription service.

TV // 4 years ago
No Season 4 for Showtime's 'Penny Dreadful'
The third season of "Penny Dreadful" -- which wrapped Sunday night -- will be the London-set, literary-horror drama's last.

Timothy Peter Dalton (born 21 March 1946) is a Welsh actor. He is known for portraying James Bond in The Living Daylights (1987) and Licence to Kill (1989), as well as Rhett Butler in the television miniseries Scarlett (1994), an original sequel to Gone with the Wind. In addition, he is known for his roles in Emily Brontë’s Wuthering Heights (1970), Charlotte Brontë's Jane Eyre (1983), "Prince Barin" in "Flash Gordon" (1980), Shakespearean films and plays such as Romeo and Juliet, King Lear, Henry V, Love's Labour's Lost, Henry IV, Part 1 and Henry IV, Part 2.

Dalton was born in Colwyn Bay, Wales, to an American mother of Italian and Irish descent, and an English father, who was a captain in the Special Operations Executive during World War II and had become an advertising executive at the time of his son's birth. Before his fourth birthday, the family relocated to Belper, Derbyshire. While in Belper, he attended the Herbert Strutt Grammar School. As a teenager, he was a member of the Air Cadets but at age 16 saw Macbeth and Dalton's life changed. He left school in 1964 to enroll in the Royal Academy of Dramatic Art and tour with the National Youth Theatre. Dalton did not complete his RADA studies, leaving the academy in 1966 to join the ensemble of the Birmingham Repertory Theatre.

Dalton quickly moved to television, working mainly with BBC and, in 1968, made his film debut as Philip II of France in The Lion in Winter. This was the first of several period dramas, which included a remake of Wuthering Heights in 1970 in which he portrayed the tortured Heathcliff. In 1968, Albert Broccoli asked the 22-year-old Dalton to take over for Sean Connery in the role of James Bond. This would not be the last time Dalton turned the role down. After a few more films, Dalton took a break in 1971 to concentrate on the theatre, performing with the Royal Shakespeare Company and other troupes throughout the world.

FULL ARTICLE AT WIKIPEDIA.ORG
This article is licensed under the GNU Free Documentation License.
It uses material from the Wikipedia article "Timothy Dalton."
Back to Article
/