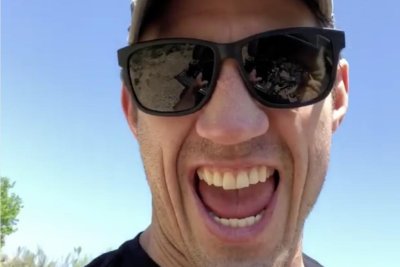 Sports News // 2 years ago
Ex-UFC fighter Tim Kennedy waterboards himself to prove it's 'not torture'
Former UFC fighter and Army veteran Tim Kennedy attempted to prove that waterboarding isn't torture by turning a hose on himself.

Kennedy played several years of his youth career with the Buffalo Regals, where he led the team with future Michigan State University teammate Chris Mueller. He played for several years on the Western Division’s hockey team in the Empire State Games where his teams won gold in 2002 and 2003. In 2003, Kennedy was offered a contract with the OHL, but Kennedy declined because he would have been unable to play NCAA college hockey. He was later drafted by the Sioux City Musketeers, a team in the United States Hockey League, the top major junior league for elite hockey players who want to maintain NCAA eligibility. Kennedy was actively recruited by major college hockey programs including Colorado College, Ohio State, Michigan State, and Boston College. Ultimately he accepted a scholarship to Michigan State, where he was a member of 2007 NCAA Championship team. He contributed one goal in the championship game against Boston College and assisted Justin Abdelkader's game winning goal.

On June 1, 2008, Kennedy signed a two-year entry-level contract with the Sabres. He spent the beginning of the 2008-09 season playing for the Portland Pirates of the American Hockey League. On December 27, 2008, the Sabres called him up from Portland and gave him the rare honor of being able to play his first NHL game in his hometown.

FULL ARTICLE AT WIKIPEDIA.ORG
This article is licensed under the GNU Free Documentation License.
It uses material from the Wikipedia article "Tim Kennedy."
Back to Article
/