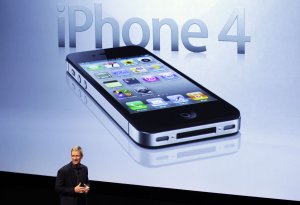 Health News // 2 months ago
More COVID-19 patients in ICUs are surviving, study shows
Even as new coronavirus infections soar in the United States, a new study offers one piece of good news: Severely ill COVID-19 patients are significantly more likely to survive now compared to a few months ago. 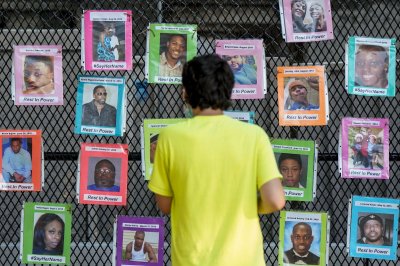 Voices // 2 months ago
Corporate activism is more than a marketing gimmick
There's been an outpouring of support for Black Lives Matter from America's largest corporations. Businesses often engage in social activism because they want to sway public policy outcomes.

U.S. News // 4 months ago
Apple to reopen handful of stores in U.S. beginning Monday
Apple said stores in Alabama, Alaska, Idaho and South Carolina are part of its initial openings in the United States this week.

U.S. News // 10 months ago
Trump says Apple may receive tariff exemptions during tour of Austin campus
President Donald Trump suggested Apple may receive exemptions in the next round of Chinese tariffs while touring the company's manufacturing campus in Texas on Wednesday.

U.S. News // 1 year ago
Apple unveils 3 iPhones, Watch, larger iPad
Apple unveiled three new iPhones, two with a triple-camera system, along with a new, bigger iPad and the fifth version of its smartwatch Tuesday during an announcement at its headquarters in Cupertino, Calif.

U.S. News // 1 year ago
Chief designer of Apple devices leaving company after 27 years
Apple Chief Design Officer Jony Ive, the man behind the appearance of the iPhone, is leaving the company after more than 20 years to start his own firm.

It was dispatched as a fireball, out over the ocean, going into the ocean

It was dispatched as a fireball, out over the ocean, going into the ocean

Tim Cook (born March 13, 1984 in Montclair, New Jersey) is an American ice hockey defenseman currently with the Belfast Giants of the EIHL.

Cook was drafted 142nd overall in the 2003 NHL Entry Draft by the Ottawa Senators. Cook attended the University of Michigan, playing with the Michigan Wolverines in the CCHA. In the 2006–07 season his senior year with the Wolverines, Cook totaled 4 points in 36 games.

Unsigned from the Senators Cook turned professional in the 2007-08 season, with the Texas Wildcatters of the ECHL. Cook started the 2008-09 season with the Florida Everblades before leaving to play for TOTEMPO HvIK of the Danish Oddset Ligaen.

FULL ARTICLE AT WIKIPEDIA.ORG
This article is licensed under the GNU Free Documentation License.
It uses material from the Wikipedia article "Tim Cook."
Back to Article
/