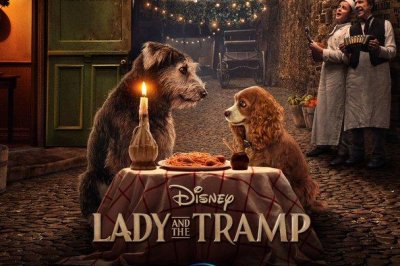 Movies // 7 months ago
'Lady and the Tramp' share meal in poster for live-action film
The "Lady and the Tramp" remake and "Noelle," a new Christmas movie starring Anna Kendrick and Bill Hader, got posters and release dates from Disney+. 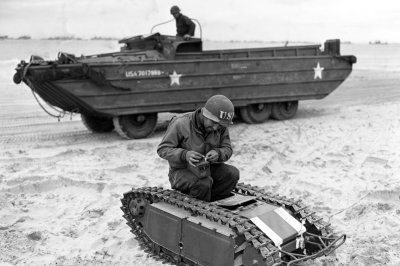 Top News // 2 years ago
The Almanac
On June 6, 1944, Allied troops began crossing the English Channel in the D-Day invasion of Nazi-occupied Europe. It was the largest invasion in history.

Opinion // 3 years ago
Manufacture of hatred: scapegoating refugees in Central Europe
An anti-refugee propaganda machine is fostering xenophobia in Hungary, derailed the EU response to the refugee crisis and is spreading to the Czech Republic.

I think this is mainly an incremental bill, not a dramatic departure

The First Year of the Bush Administration: Preview of the State of the Union Message

Thomas Mann (6 June 1875 – 12 August 1955) was a German novelist, short story writer, social critic, philanthropist, essayist, and 1929 Nobel Prize laureate, known for his series of highly symbolic and ironic epic novels and novellas, noted for their insight into the psychology of the artist and the intellectual. His analysis and critique of the European and German soul used modernized German and Biblical stories, as well as the ideas of Goethe, Nietzsche, and Schopenhauer. His older brother was the radical writer Heinrich Mann, and three of his six children, Erika Mann, Klaus Mann and Golo Mann, also became important German writers. When Hitler came to power in 1933, the anti-fascist Mann fled to Switzerland. When World War II broke out in 1939, he emigrated to the United States, from where he returned to Switzerland in 1952. Thomas Mann is one of the most known exponents of the so called Exilliteratur.

Mann was born Paul Thomas Mann in Lübeck, Germany and was the second son of Thomas Johann Heinrich Mann (a senator and a grain merchant), and his wife Júlia da Silva Bruhns (a Brazilian with partially German ancestry who emigrated to Germany when seven years old). His mother was Roman Catholic, but Mann was baptised into his father's Lutheran faith. Mann's father died in 1891, and his trading firm was liquidated. The family subsequently moved to Munich. Mann attended the science division of a Lübeck gymnasium, then spent time at the Ludwig Maximillians University of Munich and Technical University of Munich where, in preparation for a journalism career, he studied history, economics, art history, and literature. He lived in Munich from 1891 until 1933, with the exception of a year in Palestrina, Italy, with his novelist elder brother Heinrich. Thomas worked with the South German Fire Insurance Company 1894–95. His career as a writer began when he wrote for Simplicissimus. Mann's first short story, "Little Herr Friedemann" (Der Kleine Herr Friedemann), was published in 1898.

In 1905, he married Katia Pringsheim, daughter of a prominent, secular Jewish family of intellectuals. They had six children:

FULL ARTICLE AT WIKIPEDIA.ORG
This article is licensed under the GNU Free Documentation License.
It uses material from the Wikipedia article "Thomas Mann."
Back to Article
/