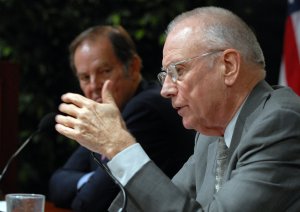 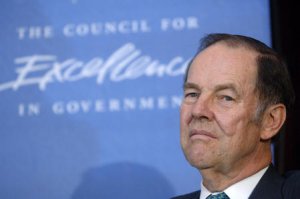 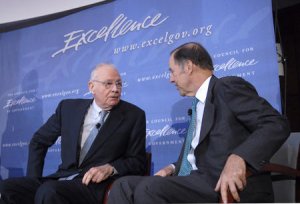 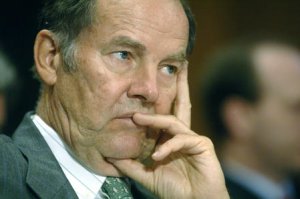 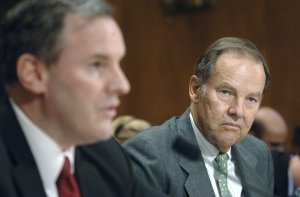 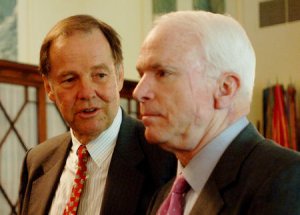 I don't know whether that's illegal or not, but it's certainly wrong

If people blame Bill Clinton (for the Sept. 11 attacks) after seeing this, then the mini-series will have failed

When I first heard about it, I was very concerned but when I looked at it, it was absolutely accurate

Thomas Howard Kean ( /ˈkeɪn/; born April 21, 1935) is an American Republican Party politician, who served as the 48th Governor of New Jersey from 1982 to 1990. Kean is best known globally, however, for his 2002 appointment as Chairman of the National Commission on Terrorist Attacks Upon the United States, widely known as the 9/11 Commission, which was responsible for investigating the causes of the September 11, 2001 attacks and providing recommendations to prevent future terrorist attacks. He was appointed to this post by U.S. President George W. Bush. Upon the completion of his second term as Governor, he served as the president of Drew University for 15 years, until his retirement in 2005.

Kean was born in New York City to a long line of New Jersey politicians. His mother was Elizabeth Howard and his father, Robert Kean, was a U.S. Representative. His grandfather Hamilton Fish Kean and great-uncle John Kean both served as U.S. Senators. His second great-uncle was Hamilton Fish, a U.S. Senator, governor of New York, and Secretary of State. Kean's relative, William Livingston, was a delegate to the Continental Congress and the first governor of New Jersey.

Kean was initially educated at The Potomac School in Washington, D.C. When he reached the fourth grade, he entered St. Albans School. In 1946, at the age of eleven, his parents then enrolled him at St. Mark's School in Southborough, Massachusetts, the alma mater of his father and two older brothers.

FULL ARTICLE AT WIKIPEDIA.ORG
This article is licensed under the GNU Free Documentation License.
It uses material from the Wikipedia article "Thomas Kean."
Back to Article
/