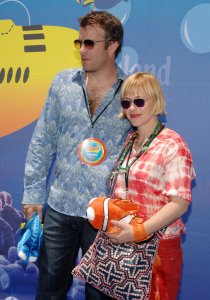 TV // 3 days ago
Thomas Jane: Traumatized 'Troppo' sleuths need a win in Season 1
Thomas Jane and Nicole Chamoun say the private eyes they play in the new Australian drama, "Troppo," are outsiders with something to prove. The series premieres Friday.

Entertainment News // 1 year ago
What to stream this weekend: 'Chemical Hearts,' 'Lucifer'
Lili Reinhart and Austin Abrams star in Amazon's romance drama "Chemical Hearts," and Netflix's "Lucifer" is back with Season 5 Part 1 this weekend.

Entertainment News // 1 year ago
What to stream this weekend: 'The Old Guard,' 'Greyhound'
New films starring Charlize Theron, Tom Hanks and Andy Samberg are just some of the entertainment options available this weekend as viewers say home during the COVID-19 pandemic.

Movies // 3 years ago
'The Predator': 'The hunt has evolved' in new, violent trailer
A new breed of alien hunters has arrived in the second trailer for "The Predator" from director Shane Black.

The script comes in a couple of weeks and it's going to be darker, bloodier and more unfriendly than the first one

Jane was born in Baltimore, Maryland, the son of Cynthia, an antiques dealer, and Michael Elliott, a biogenetic engineer. In 1987, he graduated from Thomas Sprigg Wootton High School in Montgomery County, Maryland.

Jane began his acting career with the Telugu Indian film Padamati Sandhya Ragam (1986), directed by Jandhyala, a renowned filmmaker in Telugu Cinema. His early roles included Zeph in Buffy the Vampire Slayer (1992). He had supporting roles in several high profile films, including The Crow: City of Angels (1996) Boogie Nights (1997), The Thin Red Line (1998), Thursday (1998) and Magnolia (1999). After receiving critical acclaim as baseball player Mickey Mantle in 61*, Jane began receiving leading roles such as that of Andre Stander in the 2003 South African film, Stander for which he gained further critical acclaim.

FULL ARTICLE AT WIKIPEDIA.ORG
This article is licensed under the GNU Free Documentation License.
It uses material from the Wikipedia article "Thomas Jane."