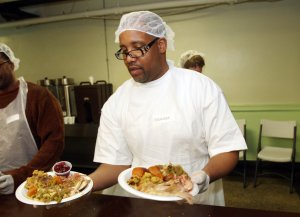 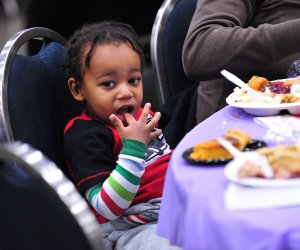 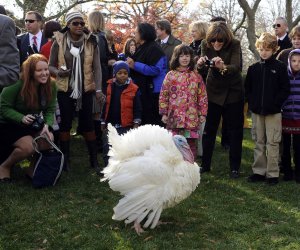 Thanksgiving Day is a holiday celebrated primarily in the United States and Canada. Thanksgiving is celebrated each year on the second Monday of October in Canada and on the fourth Thursday of November in the United States. Thanksgiving in Canada falls on the same day as Columbus Day in the United States. Because of the longstanding traditions of the holiday, the celebration often extends to the weekend that falls closest to the day it is celebrated. History Thanksgiving in North America had originated from a mix of European and Native traditions.[1] Typically in Europe, festivals were held before and after the harvest cycles to give thanks for a good harvest, and to rejoice together after much hard work with the rest of the community.[1] At the time, Native Americans had also celebrated the end of a harvest season.[1] When Europeans first arrived to the Americas, they brought with them their own harvest festival traditions from Europe, celebrating their safe voyage, peace and good harvest.[1] Though the origins of the holiday in both Canada and the United States are similar, Americans do not typically celebrate the contributions made in Newfoundland, while Canadians do not celebrate the contributions made in Plymouth, Massachusetts.[2]

FULL ARTICLE AT WIKIPEDIA.ORG
This article is licensed under the GNU Free Documentation License.
It uses material from the Wikipedia article "Thanksgiving."
Back to Article
/