NFL // 1 year ago
Cardinals, Johnson turn back the clock
It is a lost season for the 2-7 Arizona Cardinals, but that doesn't mean they can't take anything positive out of it.

NFL // 1 year ago
Titans S Kevin Byard fined for dance on Dallas Cowboys star
All-Pro safety Kevin Byard of the Tennessee Titans has been fined $10,026 by the NFL for celebrating an interception with a dance on the Dallas Cowboys' star. 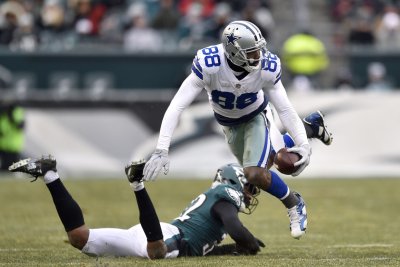 NFL // 1 year ago
Owens: Dez needs to act on idea of signing 'soon'
Former Dallas Cowboys wide receiver Dez Bryant predicted he will "soon" be returning to the NFL.

NFL // 1 year ago
NFL Notebook: 49ers will honor Clark with statue
The San Francisco 49ers will honor the memory of former wide receiver Dwight Clark in a variety of ways this season, the team announced on Wednesday.

NFL // 1 year ago
Hall of Fame considering rule to require attendance after Terrell Owens' decision
The Pro Football Hall of Fame reportedly is considering a rule that would require future candidates for enshrinement to commit to attending the ceremony.

When it happened, we were jawing in each other's face, so it wasn't anything intentional

The rumor of me taking 35 pills, I think, is absurd

I know in my heart I can help this team win a Super Bowl, not only being a dominant player but being a team player 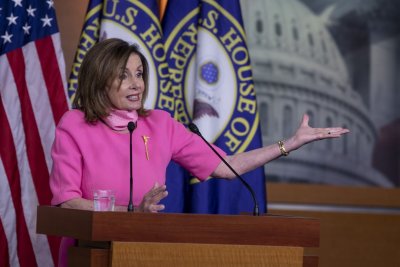 Terrell Eldorado Owens ( /ˈtɛrəl/; born on December 7, 1973) is an American football wide receiver who is currently a free agent. A six-time Pro Bowl selection, Owens has been one of the dominant receivers of his era. He holds or shares several NFL records, and features in the all-time top-5 in several receiving categories, including yards and touchdowns.

As productive as he has been, Owens has been equally controversial, creating firestorms with almost every team he has played for as a professional. Owens played college football and basketball at the University of Tennessee at Chattanooga, and was selected in the third round of the 1996 NFL Draft by the San Francisco 49ers. Owens was traded to the Philadelphia Eagles in 2004 after a spat with 49ers front office members. Two years later, he was released and signed to another large pact by the Dallas Cowboys, only to be given his unconditional release on March 4, 2009. Owens has also played for the Buffalo Bills and Cincinnati Bengals in 2009 and 2010, respectively.

Popularly known by his initials, T.O., Owens is as renowned for his flamboyant touchdown celebrations and public persona as he is for his prodigious talent on the field. His actions on and off the field have led to many league fines, as well as frequent penalties for his team.

FULL ARTICLE AT WIKIPEDIA.ORG
This article is licensed under the GNU Free Documentation License.
It uses material from the Wikipedia article "Terrell Owens."
Back to Article
/