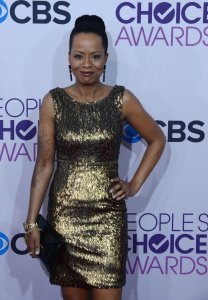 Top News // 4 years ago
The Almanac
On August 1, 1994, Lisa Marie Presley confirmed rumors that she had married pop star Michael Jackson May 26 in the Dominican Republic.

Top News // 5 years ago
The Almanac
On August 1, 2007, an eight-lane bridge across the Mississippi River at Minneapolis collapsed during the evening rush hour, killing 13 people.

Tempestt Bledsoe (born August 1, 1973) is an American actress. She is best known for her childhood role as Vanessa Huxtable on the long-running NBC sitcom The Cosby Show.

In December 2010, it was announced that Bledsoe will be the host of Clean House on the Style Network, replacing long-time host Niecy Nash.

In 1984, Bledsoe was cast for the role of Vanessa Huxtable on the sitcom The Cosby Show. Bledsoe had a recurring role on the show until its final season in 1992. She also made a one-time appearance as Vanessa on A Different World. In the mid-1990s, Bledsoe enjoyed a year-long run as the host of her own daytime talk show, The Tempestt Bledsoe Show, produced by Columbia-Tristar and Dick Clark. She made a brief appearance in the sitcom The Parkers and has been featured in the recurring role of a single mother on the ABC show The Practice, the Lifetime show Strong Medicine, and South of Nowhere. Her most recent credits include starring as Nina in the Oxygen Channel's original television movie, Husband for Hire, Steven Bochco's Raising the Bar, and Abby in the third season of Disney Channel's animated series The Replacements.

FULL ARTICLE AT WIKIPEDIA.ORG
This article is licensed under the GNU Free Documentation License.
It uses material from the Wikipedia article "Tempestt Bledsoe."