Top News // 2 years ago
The Almanac
On Jan. 21, 2009, Sen. Hillary Clinton, D-N.Y., won near-unanimous Senate confirmation as U.S. secretary of state. She took the oath of office later that day.

Top News // 3 years ago
The Almanac
On Jan. 21, 2003, the U.S. Census Bureau said Hispanics had moved past African Americans as the largest minority group in the United States.

Top News // 4 years ago
The Almanac
On Jan. 21, 1924, Vladimir Lenin, architect of the Bolshevik Revolution and the first leader of the Soviet Union, died of a brain hemorrhage at the age of 54.
TV // 4 years ago
'Twilight Zone' marathon to begin on Syfy Dec. 31
Syfy says it will continue its New Year's tradition of airing "The Twilight Zone" marathon. 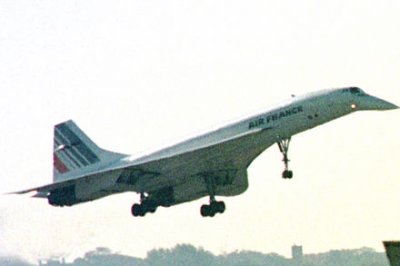 Savalas, the second of five children, was born as Aristotelis Savalas (Greek: Αριστοτέλης Σαβάλας) in Garden City, New York, to Greek American parents Christina (née Kapsalis), a New York City artist who was a native of Sparta, and Nick Savalas, a Greek restaurant owner. When he entered Sewanhaka High School in Floral Park, New York, he initially only spoke Greek, yet learned English and graduated in 1940. After graduation, he worked as a lifeguard, but on one occasion, was unsuccessful at rescuing a man from drowning, an event which would haunt Savalas for the remainder of his life. When he entered Columbia University School of General Studies, Savalas took a variety of courses, such as English, radio and psychology, graduating in 1948. At that time, he fell in love with radio and television, which led to his interest in acting. Savalas also gained life experience with a three-year stint (1943–1946) in the Army during World War II, working for the State Department as host of the "Your Voice of America" series, then at ABC News, before beginning an acting career in his late thirties. In 1950, Savalas hosted a popular radio show called The Coffeehouse in New York City.

FULL ARTICLE AT WIKIPEDIA.ORG
This article is licensed under the GNU Free Documentation License.
It uses material from the Wikipedia article "Telly Savalas."
Back to Article
/