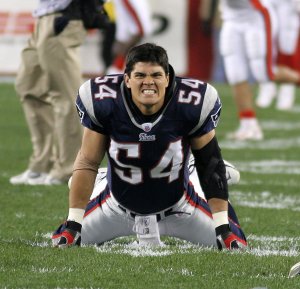 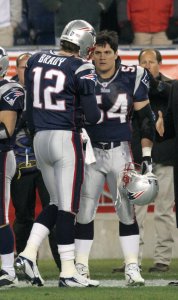 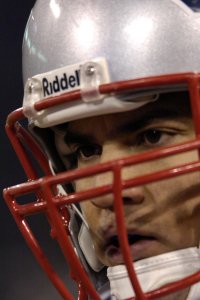 NFL // 3 years ago
Notebook: Fitzgerald return a boost to Cards' QB search
Wide receiver Larry Fitzgerald's announcement that he is returning for his 15th season and a healthy David Johnson could entice a quarterback to come to the desert, according to Arizona Cardinals general manager Steve Keim.

You have to have the right read, then you go back into coverage. If the route comes your way, you have an opportunity for the interception

I had a different career. I have moments that I'll remember for the rest of my life, the Patriots, the fans

Tedy Lacap Bruschi (pronounced /ˈbruːski/; born June 9, 1973 in San Francisco, California) is a former professional American football linebacker. He was drafted by the New England Patriots in the third round of the 1996 NFL Draft. He played college football at Arizona.

A 13-year veteran of the NFL, Bruschi played his entire career with the Patriots and has won three Super Bowl rings; he has played on five of the six Patriots teams to reach the Super Bowl.

Bruschi attended Roseville High School in Roseville, California, where he lettered in football, wrestling, and track and field. In football, he was twice named an All-Conference selection, an All-Metro selection, and an All-Northern California honoree.

FULL ARTICLE AT WIKIPEDIA.ORG
This article is licensed under the GNU Free Documentation License.
It uses material from the Wikipedia article "Tedy Bruschi."
Back to Article
/