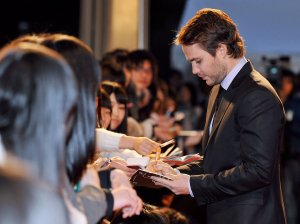 TV // 5 months ago
CanneSeries 2020 lineup includes 'Truth Seekers,' 'Call My Agent!'
The 2020 CanneSeries television festival released the full lineup for its third annual event on Tuesday, which will feature the premieres of Amazon's "Truth Seekers" and Season 4 of Netflix's "Call My Agent!"

FULL ARTICLE AT WIKIPEDIA.ORG
This article is licensed under the GNU Free Documentation License.
It uses material from the Wikipedia article "Taylor Kitsch."
Back to Article
/