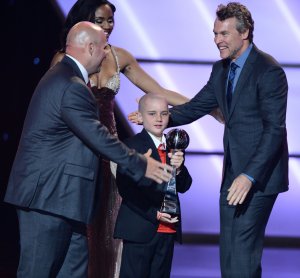 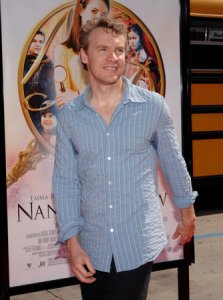 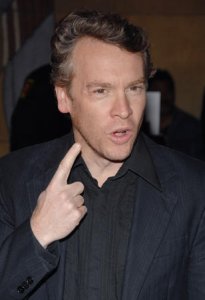 Entertainment News // 10 months ago
Five music biopics to look forward to
Films based on the lives of Aretha Franklin, Elvis Presley and more are set for release in 2021 or are currently in development.

Movies // 1 year ago
Tate Donovan's 'Tuscaloosa' psychiatrist has many dimensions
Actor Tate Donovan said his new film "Tuscaloosa" may be set in 1972 Alabama, but its central themes most likely will resonate with contemporary viewers.

Top News // 5 years ago
The Almanac
On Sept. 25, 1934, District Attorney Samuel Foley announced that the case against Bruno Hauptmann for the Lindbergh kidnapping was ironclad, and that "final proof" had been found.

Tate Buckley Donovan (born September 25, 1963) is an American actor and director, known for portraying Tom Shayes in Damages,[1] Jimmy Cooper in The O.C.,[2] and the voice of the titular character in the 1997 Disney animated film Hercules, the animated television series of the same name and in a few Kingdom Hearts video games. He also had supporting roles in films, such as Good Night, and Good Luck and Argo. Donovan also played Brian Sanders in Hostages and White House Chief of Staff Mark Boudreau in 24: Live Another Day.

FULL ARTICLE AT WIKIPEDIA.ORG
This article is licensed under the GNU Free Documentation License.
It uses material from the Wikipedia article "Tate Donovan."