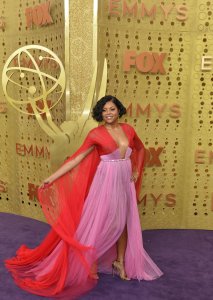 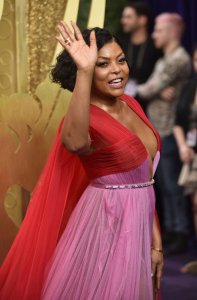 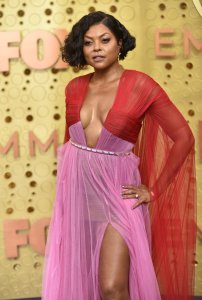 Entertainment News // 5 days ago
BET Awards: How to watch, what to expect
The 22nd annual BET Awards will take place Sunday at Microsoft Theater in Los Angeles.

Entertainment News // 2 weeks ago
Sean 'Diddy' Combs to be honored at BET Awards
Sean "Diddy" Combs will receive the Lifetime Achievement Award at the BET Awards in June.

Taraji Penda Henson (born September 11, 1970) is an American actress and singer. She is best known for her roles as Yvette in Baby Boy (2001), Shug in Hustle and Flow (2005) and Queenie in The Curious Case of Benjamin Button (2008), for which she was nominated for an Academy Award for Best Supporting Actress in 2009. In 2009, she appeared in Tyler Perry's I Can Do Bad All By Myself as April, an alcoholic singer.

Henson was born in Southeast Washington, D.C., the daughter of Bernice Gordon, a corporate manager at Woodward & Lothrop, and Boris Henson, a janitor and fabricator. She is a descendant of Matthew Henson, discoverer of the Geographic North Pole. Her first and middle name are of Swahili origin.

Henson spent summers at her grandparents' house in suburban Southern Maryland. She attended Oxon Hill High School in Oxon Hill, Maryland. She first attended NC A&T, where she started a major in Electrical Engineering. She later transferred to Howard University. She worked two jobs—in the morning as a secretary at the Pentagon and in the night as a singing and dancing waitress on a dinner cruise ship—The Spirit of Washington—to pay for Howard University. She won the Triple Threat Award and graduated with a degree in Theater Arts.

FULL ARTICLE AT WIKIPEDIA.ORG
This article is licensed under the GNU Free Documentation License.
It uses material from the Wikipedia article "Taraji P. Henson."