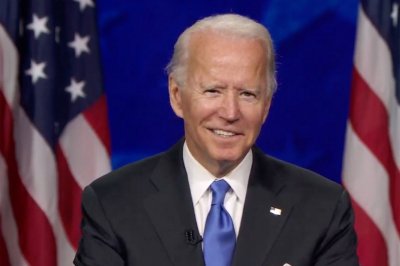 U.S. News // 5 months ago
Joe Biden vows to be an 'ally of light,' says Trump's leadership 'unforgivable'
Joe Biden accepted the Democratic presidential nomination on the final night of the party's convention on Thursday, saying the vote in November will be "life-changing" and urged Americans to make a change at the top.

TV // 5 months ago
Meghan McCain says she'll return to 'The View' after baby's birth
Meghan McCain discussed her future at "The View" and named her pick for Joe Biden's running mate. 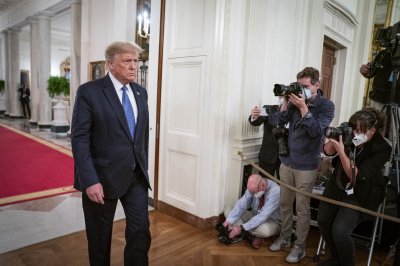 It's about change on so many levels. If being a woman underscores that, makes it clear that I'm going to be an effective agent of change, that's great

Duckworth is an Iraq War veteran whose severe combat wounds cost her both of her legs and damaged her right arm. She continues to serve as a Major in the Illinois Army National Guard along with her husband, Major Bryan W. Bowlsbey, a signal officer and fellow Iraq War veteran.

In the 2006 election, Duckworth was the Democratic nominee for the U.S. House of Representatives seat for the sixth district of Illinois which was being vacated by long-time Representative Henry Hyde. Duckworth lost to her opponent, Representative Peter Roskam, by 2% of the vote.

FULL ARTICLE AT WIKIPEDIA.ORG
This article is licensed under the GNU Free Documentation License.
It uses material from the Wikipedia article "Tammy Duckworth."
Back to Article
/