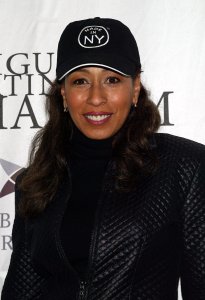 Tamara Lou Tunie (born March 14, 1959) is an American actress, best known for her work as medical examiner Melinda Warner on Law & Order: Special Victims Unit. She also played lawyer Jessica Griffin McKechnie Harris on the soap opera As the World Turns from 1986 to 1995 and again from 1999 to 2007.

Tunie was born in McKeesport, Pennsylvania, the daughter of Evelyn (née Hawkins) and James W. Tunie. She was raised in the funeral home of her father, who worked as an undertaker.

Tunie went to Carnegie Mellon University for acting and graduated in 1981.

FULL ARTICLE AT WIKIPEDIA.ORG
This article is licensed under the GNU Free Documentation License.
It uses material from the Wikipedia article "Tamara Tunie."