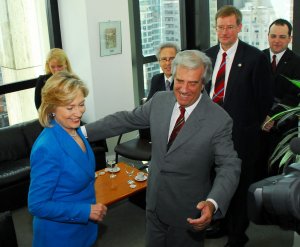 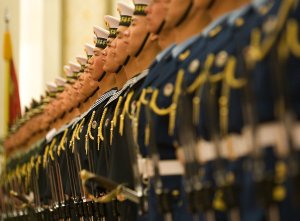 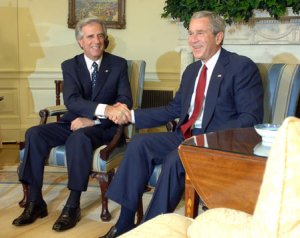 World News // 2 years ago
Mexico, Uruguay, EU officials meet over Venezuela crisis
Officials of more than a dozen countries, including Mexico, Uruguay, Bolivia and the European Union met Thursday in Montevideo to seek dialogue in Venezuela.

World News // 6 years ago
Uruguayan President Jose Mujica confirms he will take Guantanamo prisoners
Uruguayan President Jose Mujica confirmed Friday his country will take Guantanamo prisoners who have not been charged with any crimes.
World News // 6 years ago
Presidential election in Uruguay to be determined in Nov. 30 runoff
Uruguay's next president will be determined in a runoff, according to exit polls that showed neither candidate secured more than 50 percent of Sunday's vote.
Special Reports // 8 years ago
Uruguay's Mujica aims to keep the lid on Communist fervor
Outgoing Uruguayan President Jose Mujica is struggling to keep the lid on Communist ambitions that some fear can unravel the ruling Broad Front coalition before next year's presidential election.
Energy News // 1 decade ago
Uruguay set to become major gas exporter
Uruguay is set to become a net exporter of natural gas after latest assessment showed it has potentially large and commercially viable gas deposits on its territory.

We want more Mercosur because the more integrated countries, the stronger our voice in the international context, but I also used the word 'better,' because we are not satisfied with the current Mercosur

Tabaré Ramón Vázquez Rosas (Spanish pronunciation: ; born January 17, 1940) is a former President of Uruguay. A physician (oncologist) by training, he is a member of the leftist Frente Amplo coalition (Broad Front in English). Vázquez was elected president on October 31, 2004, took office on March 1, 2005, and relinquished the office on March 1, 2010. As president, Vázquez presided over considerable improvements in education and working conditions, a significant expansion of the welfare system, and a dramatic reduction in poverty, with the percentage of Uruguayans living in poverty falling from 32% to 20% of the population from 2004 to 2009.

Born in the Montevideo neighbourhood of La Teja, Tabaré Vázquez studied medicine at the Universidad de la República Medical School, graduating as an oncology specialist in 1972. In 1976, he received a grant from the French government, allowing him to obtain additional training at the Gustave Roussy Institute in Paris.

FULL ARTICLE AT WIKIPEDIA.ORG
This article is licensed under the GNU Free Documentation License.
It uses material from the Wikipedia article "Tabare Vazquez."