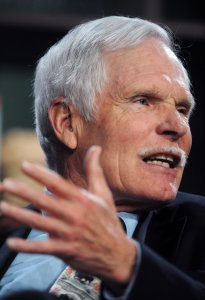 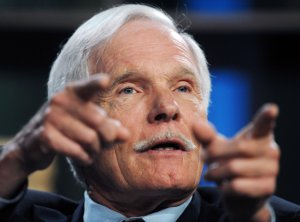 Top News // 4 years ago
The Almanac
On May 22, 1972, Richard Nixon became the first U.S president to visit Moscow.

U.S. News // 6 years ago
Texas parents will sue for teenage inventor's rights
The parents of Ahmed Mohamed have hired lawyers and plan to sue over how he was treated for bringing his homemade clock to a Texas school.

Energy News // 7 years ago
Inventory data dings oil prices
Global crude oil prices in Wednesday trading were off close to 2 percent on average on word U.S. crude oil inventories were on the rise.
Business News // 8 years ago
Dallas billionaire Harold Simmons dies at 82
Harold Simmons, who became a billionaire by building, buying and selling a wide range of companies, died at a Dallas hospital, his family said. He was 82.
Odd News // 8 years ago
The almanac
UPI Almanac for Wednesday, May 22, 2013.
Energy News // 8 years ago
Pickens questions need for SPR
U.S. energy production gains have made it so the country might not need the Strategic Petroleum Reserve, billionaire T. Boone Pickens said.

I'd give Paulson the money and tell him get it fixed

I think I would be for Al Gore for energy czar

In that case, I think I would be for Al Gore for energy czar

During the past decade, I have worked diligently to make dramatic improvements in the area through a variety of conservation and wildlife initiatives, and by helping increase property values throughout the county by ensuring landowners have the right to market their stranded and surplus groundwater

I was sad, and felt a desire to protect what cherished memories I could, most notably the cement that I etched my name into the sidewalk as a youth

Thomas Boone Pickens, Jr. (born May 22, 1928), known as T. Boone Pickens, is an American financier who chairs the hedge fund BP Capital Management. He was a well-known takeover operator and corporate raider during the 1980s. With an estimated current net worth of about $1.4 billion, he is ranked by Forbes as the 290th-richest person in America and ranked 880th in the world.

Pickens was born in Holdenville, Oklahoma. His father worked as an oil and mineral landman (rights leaser). During World War II, his mother ran the local Office of Price Administration, rationing gasoline and other goods in four counties. Pickens was the first child born via Caesarean section in the history of Holdenville hospital.

FULL ARTICLE AT WIKIPEDIA.ORG
This article is licensed under the GNU Free Documentation License.
It uses material from the Wikipedia article "T. Boone Pickens."