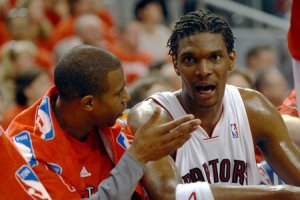 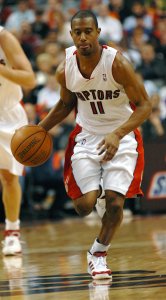 After weighing the options and talking with my family, I feel that surgery is the best option for me at this stage of my career

It was a tough decision, but I feel I'm ready to play at the next level

We are not satisfied with making it to the Final Four

Terrance Jerod "T.J." Ford (born March 24, 1983) is an American professional basketball player in the National Basketball Association (NBA). He is a point guard for the Indiana Pacers. Having been awarded numerous top basketball accolades in high school and college, Ford entered the 2003 NBA Draft and was selected eighth overall by the Milwaukee Bucks. Ford's recurring back injuries resulted in him missing many games in his three seasons with the Bucks, but in 2005, it was announced that he was fit to play basketball again. Ford was traded to the Raptors prior to the 2006–07 NBA season, and established himself as the starting point guard, helping the team win the Atlantic Division crown and reach the 2007 NBA Playoffs. Following an injury sustained in the 2007–08 NBA season, however, Ford had difficulties reclaiming the starting spot and was traded to Indiana. Off the court, Ford set up the T.J. Ford Foundation in 2004 to help participants achieve their academic, personal and civil goals.

I have vivid childhood memories of playing basketball in my backyard. My father would work with me on the fundamentals and my brother and I would go at it playing one on one.

Born in Houston, Texas to Leo and Mary Ford, Terrance Jerod Ford was nicknamed "T.J." at birth by his mother. From a young age, Ford dreamed of being a basketball player, having also witnessed his home team Houston Rockets win back-to-back championships in the 1990s. Ford first played competitive basketball at Willowridge High School, and helped Willowridge to a 75–1 win–loss record (including a 62-game winning streak) in his final two seasons, earning a pair of Texas Class 5A state titles in the process. Subsequently, Ford was diagnosed with spinal stenosis, but he went on to play basketball for the Texas Longhorns for the 2001–02 and 2002–03 seasons.

FULL ARTICLE AT WIKIPEDIA.ORG
This article is licensed under the GNU Free Documentation License.
It uses material from the Wikipedia article "T.J. Ford."
Back to Article
/