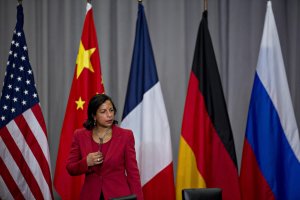 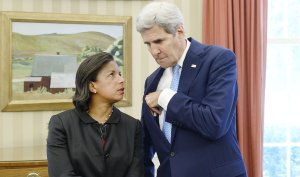 Top News // 10 months ago
The Almanac
On June 5, 2004, Ronald Reagan, the 40th U.S. president, died at his Los Angeles home at the age of 93 of complications from Alzheimer's disease.

U.S. News // 1 year ago
Kavanaugh sworn in as Supreme Court justice hours after confirmation
The U.S. Senate on Saturday confirmed the Supreme Court nomination of Judge Brett Kavanaugh, who was sworn in a few hours later during a private ceremony.

U.S. News // 1 year ago
Trump criticizes Obama in tweet after North Korea summit
President Donald Trump's summit with North Korea was largely hailed a success in Asia, but back home Trump is being met with measured criticism.

Top News // 1 year ago
On This Day: Robert F. Kennedy fatally shot
On June 5, 1968, as he campaigned for the Democratic presidential nomination in Los Angeles, Sen. Robert Kennedy was shot by Sirhan Sirhan.

Top News // 1 year ago
The Almanac
On June 5, 1968, Sen. Robert Kennedy was shot by Sirhan Sirhan, a Palestinian immigrant. Kennedy, 42, died the next day.

Top News // 3 years ago
The Almanac
On Dec. 13, 2003, a bearded Saddam Hussein, the deposed Iraqi president, was captured by U.S. troops in a small underground hideout near his hometown of Tikrit, ending an eight-month manhunt.

World News // 3 years ago
Top British commander urges patience in Mosul fight
Britain's most senior commander in Iraq and Syria has called for members of the U.S.-led coalition fighting the Islamic State to be patient over Mosul.

Top News // 3 years ago
The Almanac
On Nov. 17, 1871, the National Rifle Association was founded by a journalist and a lawyer with a mission to improve its members' marksmanship skills through the organization of rifle clubs across the country.

This sanctions resolution, if passed by the Security Council, will bite and bite in a meaningful way

The sanctions that have been imposed by the United Nations and implemented by the United States and others have had some significant effect on the trade and the banking and the financial sector inside of Iran, and we certainly remain open to consideration of possible future measures

The United Nations is imperfect, but it is also indispensable. There can be no substitute for the legitimacy the United Nations can impart or its potential to mobilize the widest possible coalitions

Susan Elizabeth Rice (born November 17, 1964) is an American diplomat, former think tank fellow, and civil servant. She is an American foreign policy advisor and United States Ambassador to the United Nations. Rice served on the staff of the National Security Council and as Assistant Secretary of State for African Affairs during President Bill Clinton's second term. Rice was confirmed as UN Ambassador by the U.S. Senate by unanimous consent on January 22, 2009.

Rice was born in Washington, D.C., and grew up in the Shepherd Park area. Her father, Emmett J. Rice (1919-2011), was a Cornell University economics professor and governor of the Federal Reserve System. Her mother is education policy scholar Lois Dickson Fitt, currently at the Brookings Institution. Her brother, John Rice, received an M.B.A., from Harvard Business School, and is the founder of Management Leadership for Tomorrow (an organization committed to developing top minority talent for leadership roles in the business and non-profit sector).

Rice was a three-sport athlete, student council president, and valedictorian at National Cathedral School in Washington, D.C., a private day girls' school. She played point guard in basketball and directed the offense, acquiring the nickname "Spo," short for "Sportin'."

FULL ARTICLE AT WIKIPEDIA.ORG
This article is licensed under the GNU Free Documentation License.
It uses material from the Wikipedia article "Susan Rice."
Back to Article
/