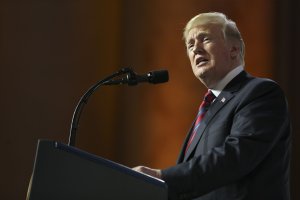 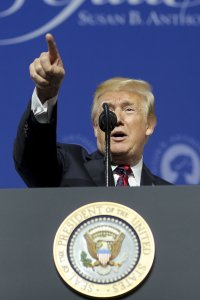 Odd News // 4 months ago
Man finds century-old portraits in hidden attic of New York building
A New York state attorney who bought a building to expand his practice discovered a hidden attic that contained photographs and photography-related items from over 100 years earlier.

U.S. News // 6 months ago
Some workers say religious beliefs bar them from getting vaccinated
In a case that could have implications for the rollout of the COVID-19 vaccine, an employee has filed a complaint against the UVA Health System for refusing to exempt him from getting a flu shot on religious grounds.

U.S. News // 1 year ago
3 female pioneers to be honored with statue in NYC's Central Park
Three iconic American women will be memorialized with the first statue honoring women in New York City's Central Park, after city officials approved the marker.

U.S. News // 2 years ago
HHS halts federal research using human fetal tissue
The U.S. Department of Health and Human Services announced that federal sciences will no longer be allowed to use human fetal tissue to carry out research, a move anti-abortion organizations hailed as a victory.

U.S. News // 2 years ago
Georgia 'heartbeat' law the latest in push to outlaw abortion
Georgia Gov. Brian Kemp on Tuesday signed into law one of the United States' strictest abortion laws, which bars most pregnancy terminations when a fetal heartbeat can be heard.

U.S. News // 2 years ago
Nancy Pelosi's advice to women leaders: 'Know your power; be yourself'
House Speaker Nancy Pelosi focused on her legacy as a female trailblazer on Friday, International Women's Day, during a speech at the Economic Club.

Susan Brownell Anthony (February 15, 1820 – March 13, 1906) was a prominent American civil rights leader who played a pivotal role in the 19th century women's rights movement to introduce women's suffrage into the United States. She was co-founder of the first Women's Temperance Movement with Elizabeth Cady Stanton as President. She also co-founded the women's rights journal, The Revolution. She traveled the United States and Europe, and averaged 75 to 100 speeches per year. She was one of the important advocates in leading the way for women's rights to be acknowledged and instituted in the American government.

FULL ARTICLE AT WIKIPEDIA.ORG
This article is licensed under the GNU Free Documentation License.
It uses material from the Wikipedia article "Susan B. Anthony."
Back to Article
/