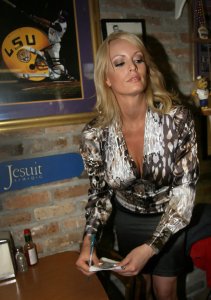 U.S. News // 6 days ago
Ivanka Trump slams N.Y. prosecutors amid report of tax investigations
White House adviser Ivanka Trump has denounced New York prosecutors investigating the Trump Organization after a report that they have expanded the inquiries into the president's business dealings. 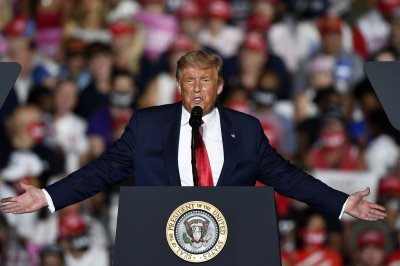 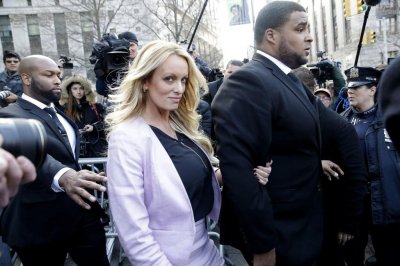 U.S. News // 3 months ago
Michael Cohen allowed to publish tell-all book under new deal
Michael Cohen will be able to write a tell-all book about his former boss, President Donald Trump, under a new agreement with federal prosecutors, according to new court filings Thursday.

Stormy Daniels (born in Baton Rouge, Louisiana on March 17, 1979), also known as Stormy Waters and simply Stormy, is an American pornographic actress, screenwriter, and director. She chose her stage name to reflect her love of Mötley Crüe whose guitarist Mick Mars named his daughter Stormy. In 2009 a recruitment effort led her to consider challenging incumbent David Vitter in 2010 Republican Senate primary in her native Louisiana.

Daniels' parents divorced when she was four. She was subsequently raised by her mother. Daniels attended a magnet school in Louisiana and was the editor of her high school paper and president of the 4-H club.

She began stripping at age 17 at a club in Baton Rouge then expanded to become a feature performer in September of 2000. While working as a feature she met with Devon Michaels, who was doing girl-girl scenes in a pair of upcoming movies—one for Wicked Pictures and one for Sin City, and invited Daniels to accompany her. Daniels accompanied Michaels to her Wicked shoot, where she met Brad Armstrong and co-starred with Michaels in her Sin City scene, which was American Girls Part 2. Afterwards, Armstrong invited Daniels to stay out with him where she continued doing girl-girl only scenes.

FULL ARTICLE AT WIKIPEDIA.ORG
This article is licensed under the GNU Free Documentation License.
It uses material from the Wikipedia article "Stormy Daniels."
Back to Article
/