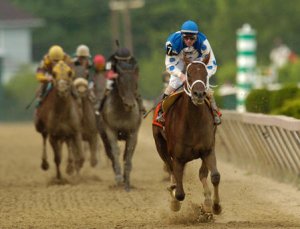 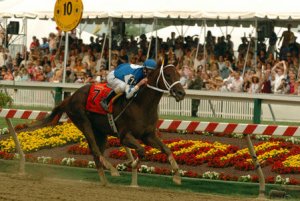 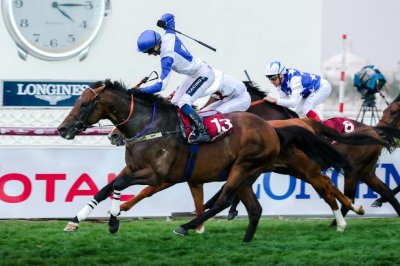 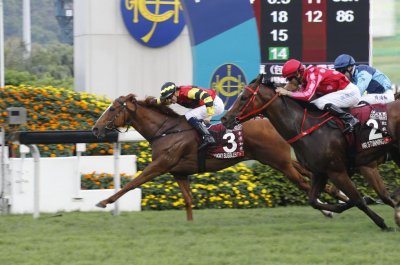 I saw him coming but we just couldn't hold him off

Elliott grew up in horse racing; his father was a jockey for many years, his mother rode show horses and was a riding instructor, and his uncle owns a racing stable in Canada. At age seven, his family moved to race in Hong Kong where they remained for six years before going to the United States. Stewart began riding professionally at age 16, mainly at Philadelphia Park Racetrack, a small racetrack in suburban Philadelphia, Pennsylvania. A steady, hard worker, he has been the racetrack's most successful jockey for a number of years and for the past three seasons has been named Pennsylvania's top rider. On May 13, 2003 he reached a prestigious milestone, riding his 3,000th career winner. On January 18, 2009 he won the 4,000th race of his career at Philadelphia Park.

FULL ARTICLE AT WIKIPEDIA.ORG
This article is licensed under the GNU Free Documentation License.
It uses material from the Wikipedia article "Stewart Elliott."
Back to Article
/