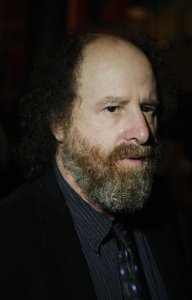 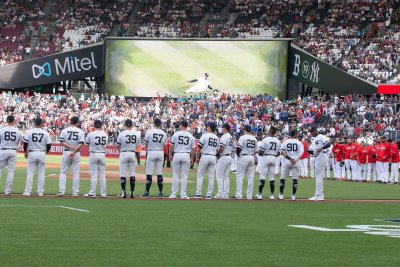 Top News // 2 years ago
The Almanac
On Dec. 6, 1973, Gerald Ford was confirmed as vice president under Richard Nixon, replacing Spiro Agnew, who had resigned in the face of tax-evasion charges.

Sports News // 2 years ago
Red Sox, Dodgers gear up for what should be epic World Series
BOSTON -- It was 14 years ago that pinch runner Dave Roberts pulled off what has to be the biggest stolen base in the long history of the Boston Red Sox at Fenway Park.

MLB // 2 years ago
ALCS: Boston's Chris Sale vs. Astros' Justin Verlander in Game 1
A year ago, Justin Verlander won two games for the Houston Astros in the American League Division Series against the Boston Red Sox.

MLB // 2 years ago
Tampa Bay Rays go for seven in a row in matchup with Boston Red Sox
The Tampa Bay Rays are miles away from any kind of postseason contention as the season runs down.

MLB // 2 years ago
Detroit Tigers rebuilding while Boston Red Sox march toward postseason
The Detroit Tigers would like to add a few more pieces to their farm system before the end of the season.

MLB // 2 years ago
Red Sox hope to enter break with another win
BOSTON -- Brian Johnson comes off the disabled list to get his latest shot at being Boston's No. 5 starter when he pitches for the Red Sox in Sunday's series finale against the Toronto Blue Jays in the final game for both teams before the All-Star break.

Steven Alexander Wright (born December 6, 1955) is an Academy Award-winning American comedian, actor and writer. He is known for his distinctly lethargic voice and slow, deadpan delivery of ironic, witty, philosophical and sometimes confusing or nonsensical jokes and one-liners with intentionally contrived situations.

Steven Wright was born in Mount Auburn Hospital in Cambridge, Massachusetts, and raised in Burlington, Massachusetts, one of four children of Dolly and Alexander Wright. His father, an electronics engineer who "tested a lot of stuff for the Apollo space program", became a truck driver after that program ended.

Wright spent two years obtaining an associate's degree from Middlesex Community College in Bedford, Massachusetts, before enrolling at Emerson College. He graduated from the latter in 1978 and began performing stand-up comedy in 1979 at the Boston comedy club the Comedy Connection. He cites George Carlin and Woody Allen among his influences.

FULL ARTICLE AT WIKIPEDIA.ORG
This article is licensed under the GNU Free Documentation License.
It uses material from the Wikipedia article "Steven Wright."
Back to Article
/