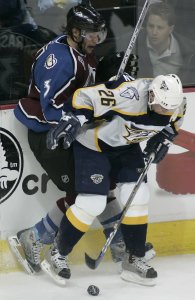 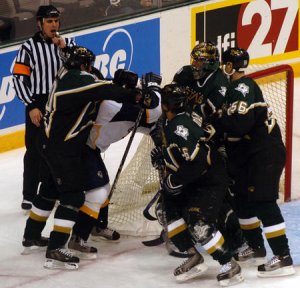 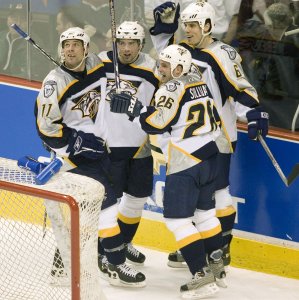 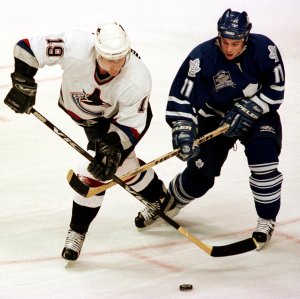 If we hold on after getting that 3-1 lead for the last seven minutes of the second period, we go into the third with that lead

Steve Sullivan (born July 6, 1974) is a Canadian professional ice hockey player and an alternate captain for the Nashville Predators of the National Hockey League (NHL). On July 1, 2009, he re-signed with the Predators for an additional 2 years. He has also played for the New Jersey Devils, Toronto Maple Leafs, and Chicago Blackhawks.

Sullivan was then picked up off waivers in 1999 by the Chicago Blackhawks. Sullivan posted a new career high of 75 points in the 2001–02 NHL season.

FULL ARTICLE AT WIKIPEDIA.ORG
This article is licensed under the GNU Free Documentation License.
It uses material from the Wikipedia article "Steve Sullivan."
Back to Article
/