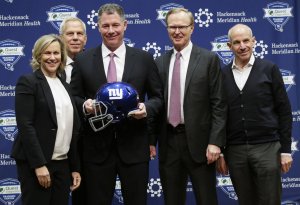 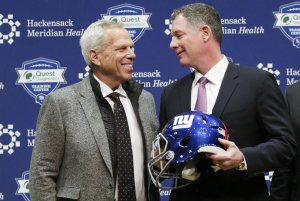 NFL // 4 years ago
Lovato: Eagles held fake walkthrough in case Pats spied
Philadelphia Eagles long snapper Rick Lovato said that the team conducted what amounted to a fake walkthrough session prior to Super Bowl LII in the event that the New England Patriots were watching.

NFL // 4 years ago
Spagnuolo: Patriots stole signals in Super Bowl XXXIX
Steve Spagnuolo may not be involved in Super Bowl LII, but he levied a shot against one of the teams that will play in Minneapolis on Sunday.

We are excited to have O.J. back in the fold

I appreciated Mr. Snyder giving me the opportunity to visit with him

It is a patella (knee cap) ...I just know he's having surgery. I kind of felt bad for Keenan

Born in the Whitinsville section of Northbridge, MA, Spagnuolo moved to Grafton as a youth. After graduating from Grafton (MA) High School, Spagnuolo played wide receiver at Springfield College, and assisted the University of Massachusetts football team while pursuing his graduate degree.

Spagnouolo began his NFL coaching career in the Philadelphia Eagles organization in 1999, serving as linebackers and defensive backs coach. He remained there for eight years, learning Jim Johnson's defensive philosophy. It was under Johnson that Spagnouolo cultivated his trademark look, Goatee and buzz cut.

FULL ARTICLE AT WIKIPEDIA.ORG
This article is licensed under the GNU Free Documentation License.
It uses material from the Wikipedia article "Steve Spagnuolo."