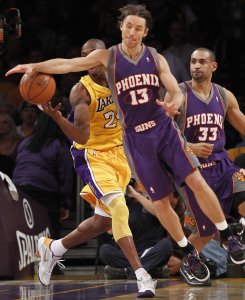 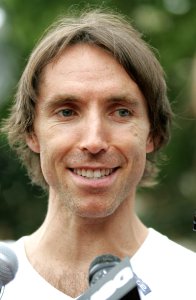 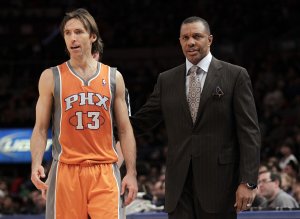 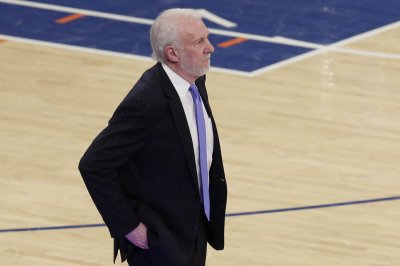 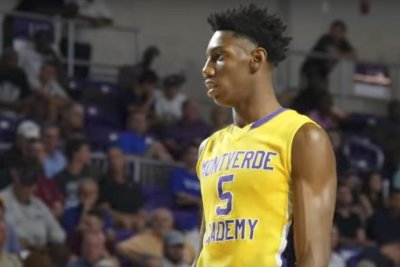 NBA // 3 years ago
Boston Celtics could have NBA Draft Lottery market cornered
Breaking up The Big Three might hand the Boston Celtics the top pick in the 2017 NBA Draft.

NBA // 3 years ago
Kwame to Kobe: 36 prep-to-pro NBA players ranked
Kwame to Kobe: 39 players were drafted to the NBA straight out of high school, and 36 went on to play at least one pro game. Here are their rankings.

Maybe that's the way this is destined to go as well

In Sports from United Press International May 29, 2003

Maybe that's the way this is destined to go as well

I finally made the shot that sent us into overtime

Jackson is a good defender. I just tried to be aggressive

Stephen John "Steve" Nash, OC, OBC (born 7 February 1974) is a Canadian professional basketball player who plays point guard for the Phoenix Suns of the National Basketball Association (NBA). Nash enjoyed a successful high-school basketball career, and he was eventually given a scholarship by Santa Clara University. In his four seasons with the Broncos, the team made three NCAA Tournament appearances, and Nash was twice named the West Coast Conference Player of the Year.

After graduating from Santa Clara as the team's all-time leader in assists, Nash entered the 1996 NBA Draft and was selected as the 15th pick by the Phoenix Suns. He made a minimal impact, and was traded to the Dallas Mavericks in 1998. By his third season with the Mavericks, he was voted into his first NBA All-Star Game and had earned his first All-NBA selection. Together with Dirk Nowitzki and Michael Finley, Nash led the Mavericks to the Western Conference Finals the following season. However, he became a free agent after the 2003–04 season and returned to the Phoenix Suns.

In the 2004–05 season, Nash led the Suns to the Western Conference Finals, and was named the league's Most Valuable Player (MVP). He was named MVP again in the 2005–06 season, and missed out on a third consecutive MVP title to Nowitzki the next season. Named by ESPN in 2006 as the ninth greatest point guard of all time, Nash has led the league in assists and free-throw percentage at various points in his career. He is also ranked as one of the top players in NBA league history for three-point shooting, free-throw shooting, total assists and assists per game.

FULL ARTICLE AT WIKIPEDIA.ORG
This article is licensed under the GNU Free Documentation License.
It uses material from the Wikipedia article "Steve Nash."
Back to Article
/