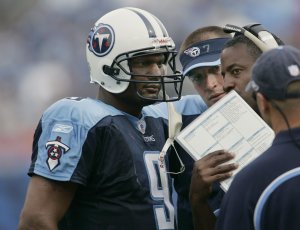 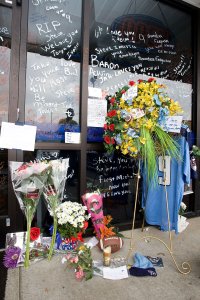 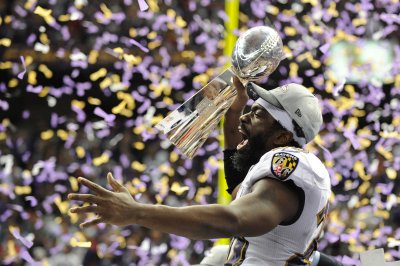 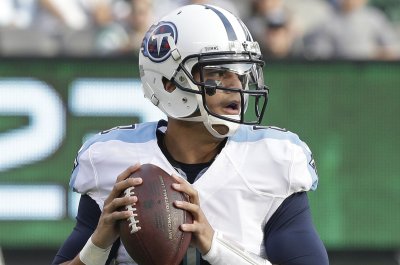 Sports News // 3 years ago
NFL: Expectations high for improving Tennessee Titans
NASHVILLE -- The Tennessee Titans open training camp with higher expectations in 2017 than any previous year since perhaps 2009 when they were coming off a 13-3 season.

NFL // 3 years ago
Notre Dame's Brian Kelly rips former QB DeShone Kizer 'on the field' and 'off the field' before NFL Draft
At this time of year, most college coaches are trying to pump up the stock of their former players before the NFL Draft.

We wanted to improve in the passing game and we did. The running game is now at the point where we can control the ball once we get up

I didn't know (if I would play) until game time, but I threw the ball with a lot of velocity in the pregame

We got chances in the end. I think I didn't make the plays when I had to

Stephen LaTreal McNair (February 14, 1973 – July 4, 2009) (Nicknamed Air McNair) was an American football quarterback who spent the majority of his NFL career with the Tennessee Titans.

McNair played college football at Alcorn State in Lorman, Mississippi, where he won the 1994 Walter Payton Award as the top player in NCAA Division I-AA. He was drafted third overall by the NFL's Houston Oilers in 1995, becoming the Oilers' regular starting quarterback in 1997, their first season in Tennessee (though he started six games over the prior two seasons in Houston), and remained the starting quarterback for the Titans through 2005. After the 2005 season, McNair was traded to the Baltimore Ravens, with whom he played for two seasons before retiring after thirteen NFL seasons.

McNair led the Titans to the playoffs four times, and the Ravens once, and played in Super Bowl XXXIV with the Titans. He is the Titans' all-time leading passer. McNair was selected to the Pro Bowl three times, was All-Pro and Co-MVP in 2003, all as a Titan.

FULL ARTICLE AT WIKIPEDIA.ORG
This article is licensed under the GNU Free Documentation License.
It uses material from the Wikipedia article "Steve McNair."
Back to Article
/